The Kranti gang did not fear the police, left pamphlets after committing the crime say sources 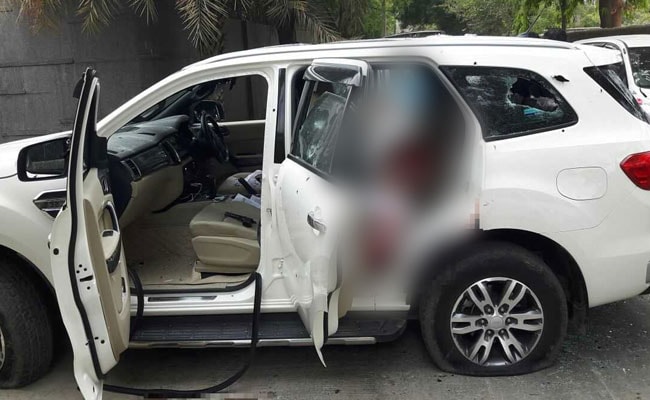 New Delhi: This could be straight out of a crime thriller. A day after gangster Rajesh Bharti and three of his aides of the Kranti gang were shot dead by the Delhi Police; a senior officer described the modus operandi of the men, who created a reign of terror in Delhi and its suburbs.

The gang, led by 39-year-old Rajesh, had of late started spreading its tentacles in the city after being active in Haryana for a long time the police told news agency PTI. The gang was being tracked by the police in Dwarka, the Crime Branch and the Special Cell for the last three or four months.

They used to leave pamphlets at the crime spot to establish their identity in the national capital region, said a senior police officer. He described the Kranti gang as a "self-styled" vigilante group who "believed that by killing, they were wiping out crime from the society."

The police believe a number of cases involving carjacking, extortion and murder can be traced to the gang members. An officer from the Special Cell said that "they did not even fear the police and whenever their vehicle was stopped in Haryana for checking, they brandished a weapon and escaped."

On June 9, the gang members ran out of luck as they the police team confronted them in Delhi's Chhattarpur area. After a fierce encounter, four of the gang members, Rajesh, Sanjeev alias Sandeep, Vidroh, Umesh alias Don and Viresh Rana alias Bhiku were killed. Eight police personnel were also injured in the gunfight, with the gangsters at a farmhouse where they were hiding.

Rajesh was from Jind in Haryana. He was wanted in several cases of extortion and murder, and was carrying a reward of Rs one lakh on his head by the Haryana and Delhi Police respectively.

Vidroh and Umesh were also carrying a bounty of Rs 50,000 each. The two had fled custody of the Haryana Police around a year and-a-half- ago said the police.

In the last one month, the gang was involved in a string of criminal activities in south Delhi, including robbing two Fortuner SUVs from Vasant Kunj area on May 18 and 19, and they were also involved in a carjacking case on June 9, claimed the police.

Last year in July, the gang members had killed a man in Dwarka because he reportedly had an illicit relationship with the wife of the friend of one of the gangsters said the police. After killing the man they left pamphlets claiming they were members of Rajesh Bharti gang.