A leaking cylinder caused an explosion and fire in a house in village Bhungra in Shergarh during a wedding function on Thursday, injuring 52 persons. 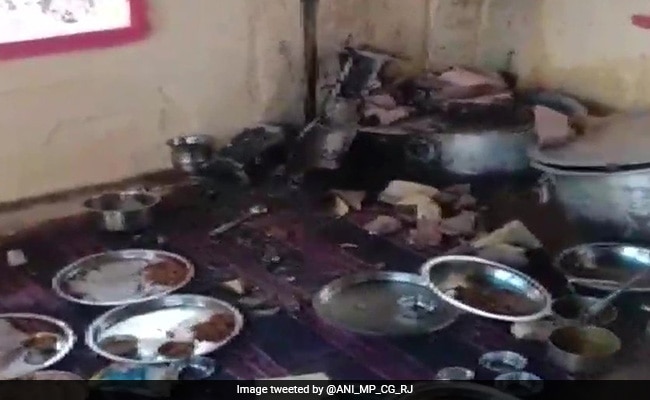 Four more persons, including 3 women and a child, died to their burn injuries.

The death count in the cylinder explosion accident during a wedding function in Bhungra village in the Shergarh sub-division of Jodhpur shot up to 7 on Friday.

A leaking cylinder caused an explosion and fire in a house in village Bhungra in Shergarh during a wedding function on Thursday, injuring 52 persons.

Four more persons, including 3 women and a child, died to their burn injuries in the MG Hospital's burn ward on Friday adding to the first two casualties.

Superintendent of MG Hospital Raj Shri Behra said 52 injured had been taken to the hospital on Thursday.

"Some of them were in critical condition. 5 of these injured have succumbed till now," said Behra adding that these critically injured have above 70 per cent burn.

The injured also include the groom Surendra Singh and his parents besides other family members.

Chief Minister Ashok Gehlot on Friday rushed to Jodhpur and met the injured in the hospital along with administrative officials. He assured them the best of the treatment.

"It is very unfortunate. Considering the seriousness of the incident, I have come here to see them and assured them all cooperation from the government," said Gehlot.

Later he announced an aid of Rs 2 lakh for the victims and Rs 1 lakh for the injured besides free treatment of up to Rs 5 lakh under the Cheeranjivi scheme.

Cheeranjivi Yojna is a universal health scheme in which the Rajasthan government also provides insurance up to Rs 10 lakh per family.

He also announced an out-of-turn promotion for a policeman Dungar Singh, who had jumped into the burning house and taken out the burning cylinders to avert more casualties.

Union cabinet minister Gajendra Singh Shekhawat also visited the hospital and met the victims and their family members. He assured them that any victim who needs to be shifted to a higher centre will be air-lifted.

An eye witness Ravindra Singh said all the guests were having tea before the departure of the barat when suddenly a powerful explosion was heard and flames started raging amid the chaos with everybody inside crying for help.

"We tried hard to get into the house to save those stranded inside but were helpless due to the raging fire. Those who could manage to rush out were immediately taken to the hospital in the vehicles which were meant for barat," Singh added.