The death of the cows prompted the district administration to book the village head and a panchayat secretary for alleged negligence. 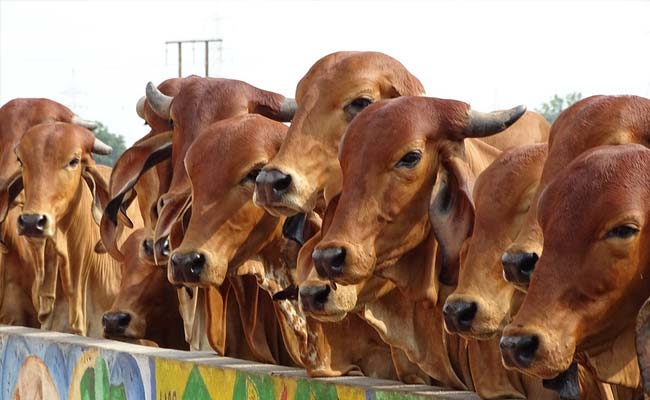 Cow shelter did not have proper fencing, panchayat secretary has been suspended, official said (File)

The post-mortem report of two cows found dead at a shelter run by a village panchayat in Uttar Pradesh has confirmed the cattle were killed by a pack of dogs, an official said today.

The death of the cows prompted the district administration to book the village head and a panchayat secretary for alleged negligence.

According to veterinary officer Hemant Kumar, the post-mortem of the cow carcasses was conducted by a three-member panel which found dog attack as the cause of deaths.

A video of the incident which took place in Bhopa village had gone viral on social media.

Sources said the cow shelter did not have proper fencing.

The village head, and panchayat secretary Ravinder Nagar have been booked under the Prevention of Cruelty to Animals Act, District Magistrate Selva Kumari J had told reporters here.

The official said the panchayat secretary had also been suspended for negligence.

A notice has been issued to the village head seeking a response as to why the process to remove him should not be initiated, the district magistrate added.