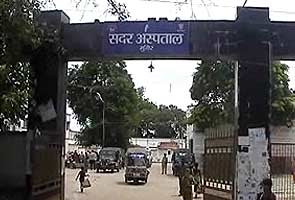 Munger, Bihar: An one-year-old boy drowned and four others went missing as a boat capsized in river Ganga in Bihar's Munger district on Sunday, officials said.

Nineteen other occupants of the boat were able to swim to safety, Sub-Divisional Officer (SDO) Kundan Kumar said. The boat was carrying 24 flood-affected people from Sitacharan riverine.

The mishap took place near Babua Ghat when the boat lost control and capsized in the river apparently after some cattle on board got frightened and moved in wayward manner creating panic among the passengers, Mr Kumar said.

Promoted
Listen to the latest songs, only on JioSaavn.com
Apart from the boy, two other women are also feared drowned.