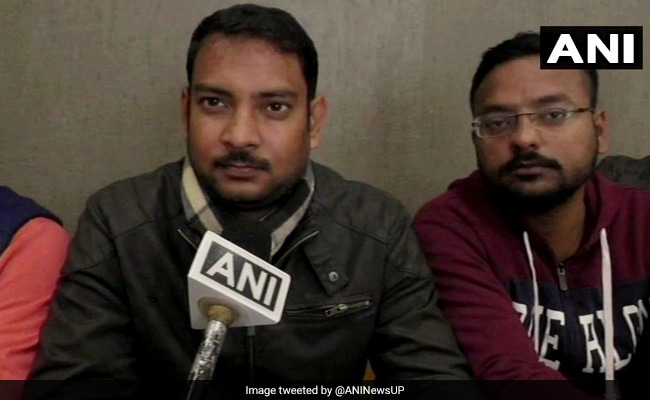 The Bharatiya Janata Yuva Morcha (BJYM) has demanded the construction of a temple for Hindu students at the Aligarh Muslim University (AMU) campus.

Mukesh Singh Lodhi, the district president of the BJYM, wrote a letter to vice-chancellor Tariq Mansoor on Thursday, stating that he had 15 days to reply. If it fails, thousands of BJYM workers will enter the campus to place the idol for worship, he said.

"We are giving AMU Vice Chancellor 15 days to reply, or we will go with thousand of our workers for murti sthapana 9to place the idol)," Mr Lodhi told ANI.

"AMU founder Sir Syed Ahmad Khan had earlier said that both Hindu and Muslims are like two eyes of a bride (India). So, a temple can be built with a mosque on the varsity campus. I don't think vice chancellor will have a problem with this," Mr Lodhi added.

The demand for the construction of a temple for the Hindu students of the university has come close on the heels of the AMU administration blocking the entry of some BJYM workers into the campus on the Republic Day.

The youth workers were carrying the Indian flag and tried to enter the campus for "tiranga yatra" without permission from the AMU authorities to carry out the rally inside the campus. However, the varsity maintained that the mass gathering of students for a rally would have disturbed the classes ahead of exams.