Witnesses said that a man was also manhandled and repeatedly slapped by security officials. 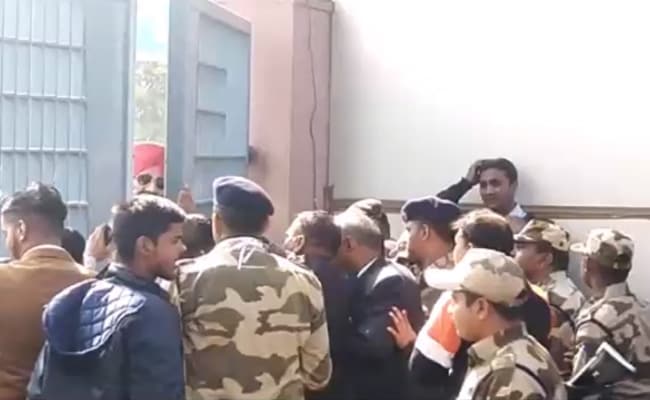 Organisers refused entry to those without a hard copy of their online tickets.

Visitors at the Auto Expo 2020 in Greater Noida, Uttar Pradesh, created a commotion outside the venue on Saturday after they were refused entry following a dispute over tickets. The security officials present at the spot used lathis to control the crowd.

Asia's biggest event of automobiles, the Auto Expo, which began on Wednesday at the Knowledge Park, saw a huge footfall -- of more than 1 lakh people -- at the venue on Saturday. Since many people had booked their tickets online, long queues formed outside the entry gates.

Organisers refused entry to those without a hard copy of their online tickets, which made the crowd agitated. The QR or barcode scanning machine at the venue also developed a snag for some time following which many people wanted a direct entry without the physical passes, officials said.

As the crowd started creating chaos, the gates were closed by security officials. However, many people started pushing and tried to forcibly open the doors following which security personnel, including those from the Central Industrial Security Force, resorted to lathi-charge to control the situation.

Witnesses said that a man was also manhandled and repeatedly slapped by security officials. 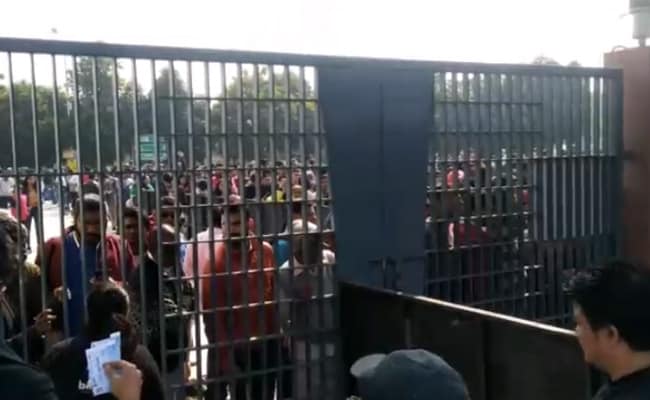 The Auto Expo which began on Wednesday saw a huge footfall -- of more than 1 lakh people -- on Saturday.

Society of Indian Automobile Manufacturers (SIAM) senior director Debasish said when tickets are booked online, customers get a QR code which needs to be presented at the ticket counter. The barcode is then scanned after which people get a physical ticket and are allowed to enter. "Since there were long queues at the QR code counter, some people wanted an entry based on the online booking... Many also assumed that the online bookings were default entry passes. Due to this, there was a dispute and the gates were closed for some time."

One of the visitors from the crowd said that queues for online tickets were longer than those for on-the spot passes. "Convenience charges are also taken when we booked our tickets online. And then they asked us to stand in long queues."

Deputy Commissioner of Police of Greater Noida Rajesh Kumar Singh said: "The people who had booked their tickets online had to face some problems. The situation was brought under control after a while and people were allowed to enter."

The 15th Auto Expo will continue till February 12 at the India Expo Mart, Knowledge Park 2, in Greater Noida.