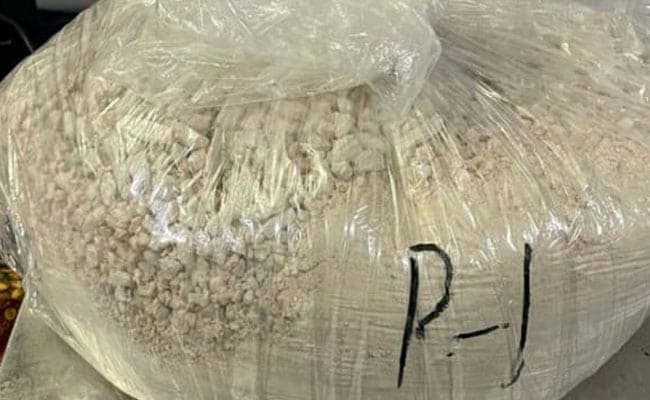 Heroin worth Rs 8 crore was seized in Assam's Nagaon and Karbi Anglong districts with one of the suspected drug peddlers injured in exchange of fire with the police, officials said on Tuesday.

Acting on a tip-off that three-four persons were smuggling drugs through the Dimapur Sunday Bazar Road in Karbi Anglong district on Monday, police intercepted the suspected peddlers, they said.

They allegedly fired upon the police who retaliated in "self defence", a police officer said.

Following the gunfight, police found a bullet wounded person lying on the ground with a 7.65 mm pistol and a backpack beside him, he said. Fifty soap cases with 626 gm heroin, valued at Rs 6 crore, and 20 ammunitions were found in the bag, he added.

A search is on to apprehend the rest, the officer said, adding that two persons fled towards Nagaland.

In Nagaon district, a person was arrested with 303 gm of heroin, worth around Rs 2 crore, police said.

The arrest was made from Nonoi in Nagaon police station area after police intercepted his car, they said.

The arrested person, identified as RK Hopingson, is a most-wanted drug dealer from Senapati district in Manipur, they claimed.

He was transporting the drugs from Dimapur to Nagaon, police said.

Hopingson, based in Dimapur in Nagaland, allegedly smuggled drugs through peddlers across the Northeastern states, a police officer said.