A team of NDRF is present at the spot to assist State Disaster Response Force (SDRF) for the rescue operation. 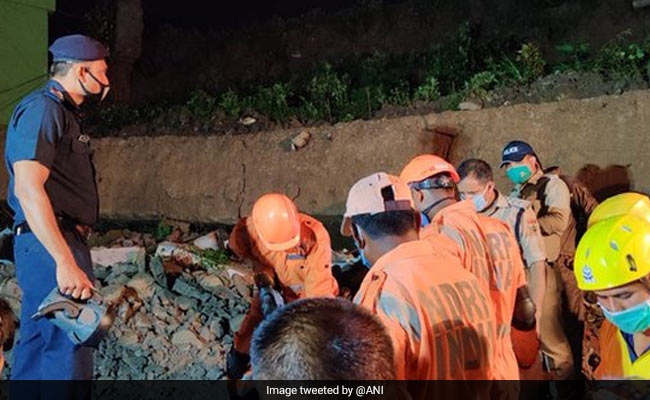 A team of NDRF is present at the spot to assist State Disaster Response Force for the rescue operation.

Three people have been found dead and three others were rescued after a building collapsed in Dehradun's Chukkuwala area in Uttarakhand early on Wednesday.

"Three injured people have been rescued and three bodies have been retrieved from the site. The rescue operation is still on," said Satya Pradhan, Director-General, National Disaster Response Force (NDRF).

A team of NDRF is present at the spot to assist State Disaster Response Force (SDRF) for the rescue operation.

As per the officials, the building collapsed in Indra colony in Dehradun's Chukkuwala area at 1:30 am on Wednesday.

At the time of the collapse, as per the disaster management teams, there were six people present inside the building.

While three of them have been found dead, two people -- including a 30-year-old man named Sameer Chauhan and a 10-year-old child named Krish -- were found alive, according to the officials. Among the dead were a pregnant woman, named Kiran, Srishti (eight-years-old) and Vimla Devi (37-year-old).

However, the search for one woman is underway.