The school bus was ferrying students to Mana camp area when the speeding city bus rammed into the school bus from one side. 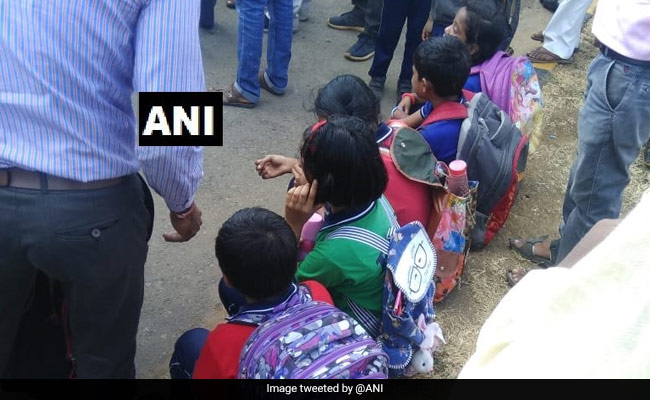 The incident took place when a bus of Kendriya Vidayalaya in Naya Raipur was on its way to drop students.

Three persons, including two girl students, were killed and eight others injured when a school bus collided with a city passenger bus today in Atal Nagar, the upcoming capital city of Chhattisgarh near Raipur, police said.

The incident took place at Kayabandha square when the bus of Kendriya Vidayalaya, which is located in Rakhi village of Naya Raipur, was on its way to drop the students, a local police official told news agency PTI.

After the school got over, its bus was ferrying students to Mana camp area. At the same time, state-run city bus was heading to Raipur capital from Mantralaya, he said.

"As per the preliminary information, the speeding city bus rammed into the school bus from one side at Kayabandha chowk that led to the death of one girl student and the bus conductor on the spot," he said.

Soon after being alerted, a police team reached the spot and the injured were shifted to a local hospital while the bodies were sent for post-mortem, he added.

According to the official, another girl student succumbed to her injuries while being shifted to the hospital.

The deceased girls were identified as Aeni Kurre (Class III) and Durgeshwari Dhurva (Class V), and the school bus conductor as Naresh Soni, he said.

Eight other students were being treated at the hospital, he added.

A case was registered in this connection and the driver of the city bus was arrested, the official said adding that further probe is underway.