A team of experts belonging to the State Disaster Management Department has been rushed to the site. 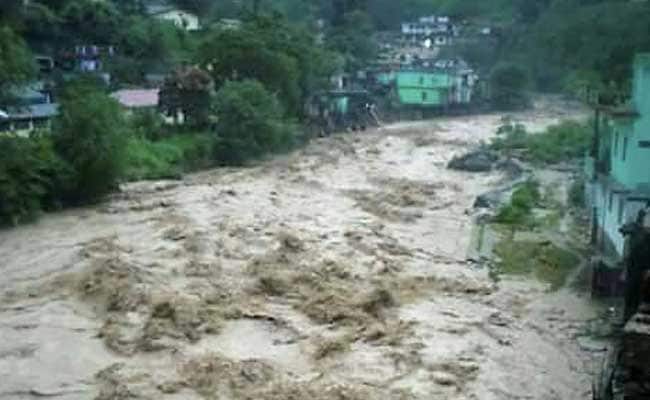 Two of the bodies have been extracted while search continues for three more.(Representational)

Two persons have died and three others have been buried in rubble on a hillside after a cloud burst triggered heavy rains in Chamoli district of Uttarakhand, an official said on Friday.

The downpour late on Thursday followed the cloud burst at Malari that led to a major chunk of a hill to collapse. Five labourers involved in some civil project, sleeping by the hillside were trapped in it.

Two of the bodies have been extracted while search continues for three more.

A team of experts belonging to the State Disaster Management Department has been rushed to the site.

The heavy rains and inclement weather have also disrupted the Char Dham pilgrimage, the official told IANS. The Badrinath-Lambagad highway has been block, and also the Gangotri National Highway between Therang and Gangnani, near Nagdevta due to debris coming down on the road.

"Owing to some landslides and the subsequent debris falling on the highway traffic has been halted at Gangotri, Gangnani, Bhatwadi and Uttarkashi," he added.

Labourers of the Border Road Organization (BRO) are working to clear the road as their is a long queue of vehicles that are part of the annual ''Char Dham'' (Yamunotri, Gangotri, Badrinath and Kedarnath) pilgrimage.