All the patients were admitted in the hospital on August 7 under the National Blindness Prevention Program. They were operated upon the next day, following which some patients complained of failing vision. 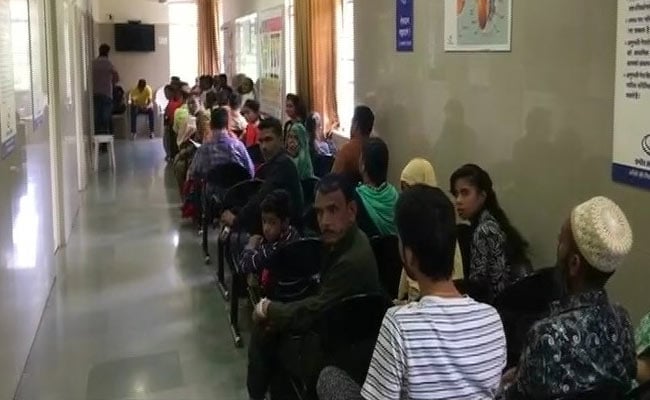 The family members of the patients have refused to accept any compensation from the government.

Eleven people, who underwent a free cataract surgery in Indore around ten days ago, have lost their vision.

All the patients were admitted in the hospital on August 7 under the National Blindness Prevention Program. They were operated upon the next day, following which some patients complained of failing vision.

"My operation was conducted on August 8. After that I lost my eyesight. They are calling new doctors every day but there is no improvement," Kailash Das, a patient said.

After their examination, it was confirmed that an infection caused the ailment but the doctors could not ascertain the reason for their infections.

"14 patients were operated upon out of which eleven people were infected and three were alright. There is a chance that the eyesight will be restored. Some of the patients are also reporting that they are able to see something now. We have consulted other doctors in the city and from outside to see the patients here. We have submitted a report to the government on the issue," Dr Sudhir Mahashabde, Doctor at the Indore Eye Hospital said.

The family members of the patients have refused to accept any compensation from the government.

"Even if they give a lakh of rupees, will his eyesight comeback. My father had come from Churu to get his eye operated upon. This is a hospital whose name we had heard a lot. We have been shortchanged here," Narsingh Lal Rajdev, son of a patient said.

Dr Praveen Jadia, Chief Medical Officer said: "We are considering revoking the license of the hospital. We are arranging immediate help from the Red Cross Society. This has been caused due to an infection in their eyes. The patients have been shifted to a different hospital and specialists from Chennai have been roped in. Dr Rajeev Raman from Chennai would come and operate upon the patients. We expect that the patients'' eyesight will be restored."