The abandoned baby boy, who is now healthy and weights 2kgs, was handed over to NGO Kalaiselvi Karunya which oversee his adoption. 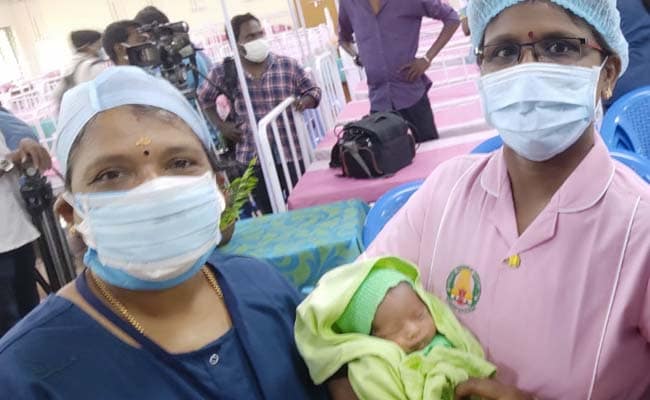 The baby boy was treated at the neonatal ICU of Stanley Medical College Hospital and is now healthy.

Two weeks after the Chennai Police rescued a newborn baby boy from a pile of garbage, the government has handed over the child to a non-government organisation paving the way for its adoption.

Tamil Nadu Health Minister Dr Vijayabaskar handed over the baby boy to the Social Welfare Minister Dr Saroja who has given the baby to an NGO today.

The abandoned newborn weighed 1.6 kg at the time it was rescued from Mutthiyalpettai area of Chennai and had severe infection, which had caused his body to go into septic shock. The child was treated at the neo natal ICU of Stanley Medical College Hospital and is now healthy.

"The baby weighs 2kg now. We had procured milk for the child from the mother's milk bank of the RSRM Hospital," Dr Saroja said after thanking the doctors and the medical team for ensuring the child's recovery.

Giving the baby to Kalaiselvi Karunya, a non-profit organisation, Social Welfare Minister Saroja added, "We will follow all the rules and make this baby available for adoption. If his parents are willing to take care of him, we could look at that too but we don't know who they are."

The newborn was found dumped in garbage even though Tamil Nadu has a Cradle Baby Scheme, which tries to ensure that female babies who would otherwise have been killed are given up for adoption.

Former Chief Minister Jayalalithaa had launched this scheme in 1992 in Salem district, notorious for female infanticide. Later in 2001, the scheme was extended to a few other districts. So far, more than 5,000 babies, including 4,120 female babies, have been rehabilitated through this scheme that has helped get them adopted.