Read inOther Languages
This Article is From Sep 05, 2019

Job losses due to the economic slowdown are pushing hundreds of sacked workers into a debt trap in Chennai, a city dotted with auto component manufacturers.

Thousands of employees have been laid-off due to slowdown in the auto sector. (Reuters)

In Chennai's Ambattur, a hub for tiny auto component manufacturers, machine operator Sahaya Mary was pushed out of her job of 10 years. With no means of income, she had to take a loan from a private money lender at a very high interest rate. Unable to pay off her debt, she has now pledged the little gold that she owned. "I don't know whether to eat, pay rent or repay my loan," she says.

A widow, Sahaya Mary lives in a two-room rented house. Left with no option, she is now looking for a housekeeping job.

Job losses due to the economic slowdown are pushing hundreds of sacked workers into a debt trap in Chennai, a city dotted with auto component manufacturers.

Palanivel and Stephen, who have more than twenty years of experience in the auto industry, have also been left jobless. Both their children go to college and they have had to take loans to pay their fees.

"Now it's difficult even to borrow money. When there is some income, we can at least borrow money. There are no jobs anywhere. Imagine how many of us are out there looking for jobs," Palanivel told NDTV. 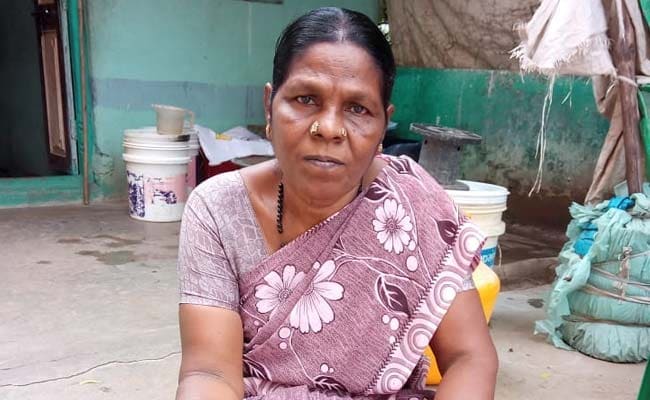 Sahaya Mary, a widow, lives in a two-room house in Chennai. She was asked to leave her job of ten years.

Federation of Associations of Small Industries of India says that about 70,000 workers have lost their jobs in Chennai alone due to a slump in the auto sector.

"Entrepreneurs are not being able to pay GST due to production loss. Banks should give soft loans with low interest to clear this," S Athmanesan, President of the Ambattur Tiny Manufacturers Association, told NDTV.

Responding to economic slowdown, Finance Minister Nirmala Sitharman had said, "I can only say we are responding to the industry requirements. I can't say there is one answer, that this is the magic wand."

While the Union government is yet to acknowledge a slowdown, many say job losses could well be above the 3.5 lakh estimated by the Society of Automobile Manufacturers (SIAM) as a significant portion of micro enterprises are unorganised.