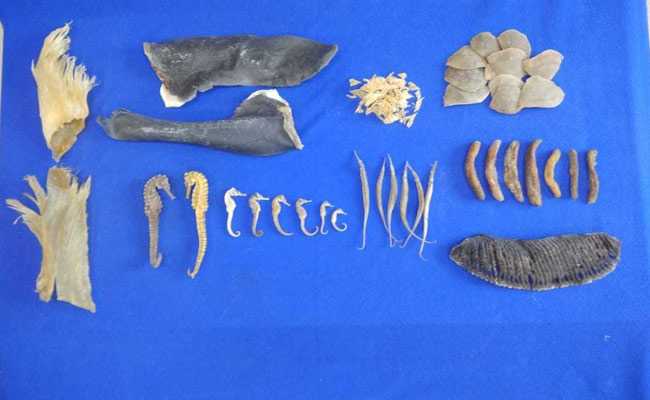 Dried sea horses, pangolin scales and other marine wildlife species worth 7 crore have been seized in Chennai by customs officials, who have also detained two alleged smugglers.

The raid was conducted by the officers of the Chennai Customs Preventive at a godown in Mannady area on Monday night. 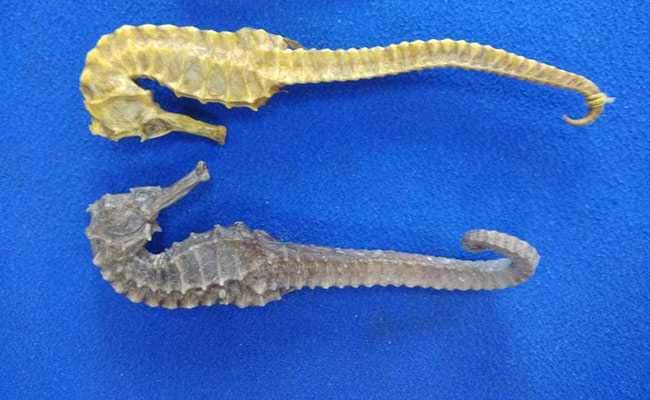 The officials had inputs that the processed wildlife species were likely to be sent to Mumbai by road for further smuggling to China and other South Asian countries, Rajan Chaudhary, Commissioner of Customs (Preventive), said in a statement.

Live marine wild life species, procured from Rameswaram coastal area and Kasimedu fishing area in Chennai, were processed at the godown, the accused told the officials. The Pangolin scales were handed over to them by a Sri Lankan national, officials said.

"The wildlife species weighing 660 Kg valued at 7 Crores in International market were seized under the provisions of Customs Act 1962 and Wild Life (Protection Act) 1972. The seized wildlife species along with the detained persons will be handed over to the Forest Department Tamil Nadu for further action under Wild Life (Protection ) Act 1972," the statement further read.