Why the Food Security Bill is good politics, bad economics 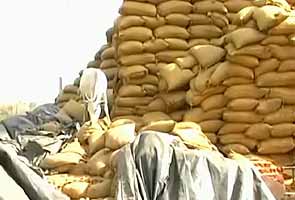 New Delhi: The Cabinet will today discuss and clear an ordinance that makes the Congress-led UPA government's ambitious Food Security Bill a law. But many feel that its implementation is not going to be easy.

Here's your 10-point cheat-sheet on the Food Security Bill: