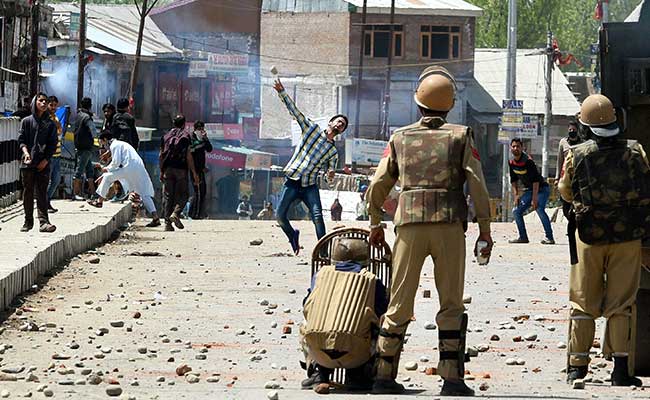 Angry protesters throw stones at the Police personnel during clashes after the killing of a 16-year-old youth at Narbal in Srinagar. (PTI)

Srinagar: A teenager died and two persons were injured in Kashmir's Budgam today after clashes broke out between protesters and police. In the evening, two policemen, one of them an assistant sub-inspector, were arrested. The state government has also ordered a magisterial inquiry into the death. Kashmir, which saw protests for the second consecutive day following the arrest of hardliner Masarat Alam, was shut down following a strike call by separatist leaders.