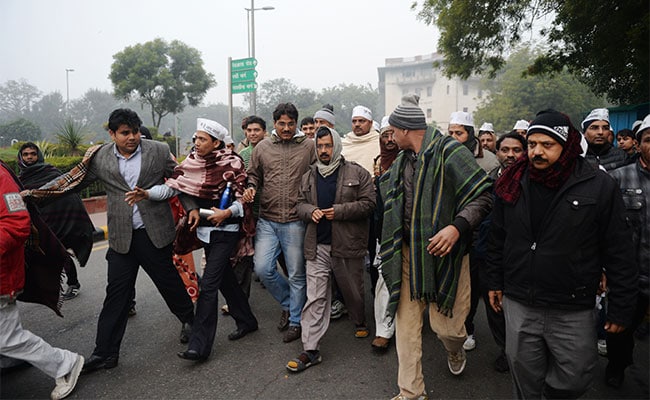 Arvind Kejriwal walks with supporters towards a police barricade after spending the night on the street during a sit-in protest. (File Photo)

New Delhi: Arvind Kejriwal today resigned as Chief Minister after his anti-corruption Jan Lokpal Bill was blocked in the Delhi Assembly by MLAs of the BJP and the Congress. Though Mr Kejriwal's Aam Aadmi Party's (AAP) government was only in power for 49 days, it was a tenure riddled with controversies.

Following are the top five controversial statements by AAP leaders: