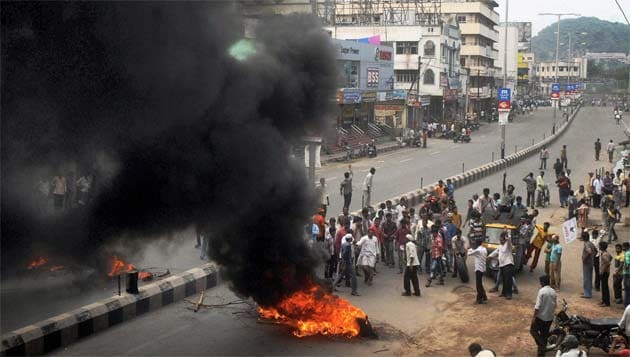 Hyderabad: The government is grappling with aggressive whiplash over last evening's decision to proceed with the creation of a Telangana state. Three Union ministers have sent their resignation letters to the PM, and there were huge protests today in parts of Andhra Pradesh.