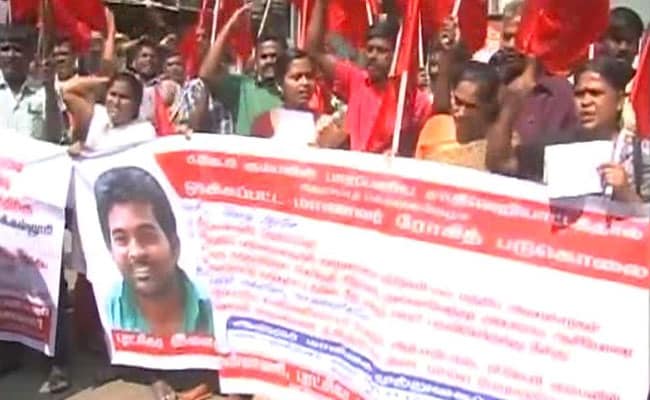 New Delhi/Hyderabad: Protesters demanding that Union Ministers Smriti Irani and Bandaru Dattatreya be sacked over the death of Hyderabad research scholar Rohith Vemula were detained in Delhi and Chennai today.