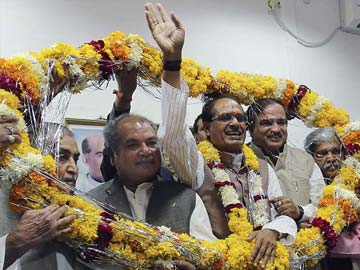 Bhopal: Shivraj Singh Chouhan was re-elected for a third term as the chief minister of Madhya Pradesh today, giving his party, the BJP one of its two mega-hits today (the other was a landslide win in Rajasthan).

10 facts about the BJP heavyweight, who's called "mama" (uncle):