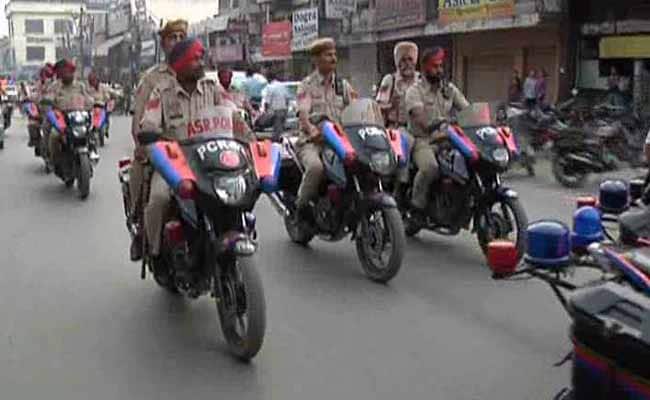 As the Army took out a flag march in Amritsar, the Punjab Police also turned up in strength.