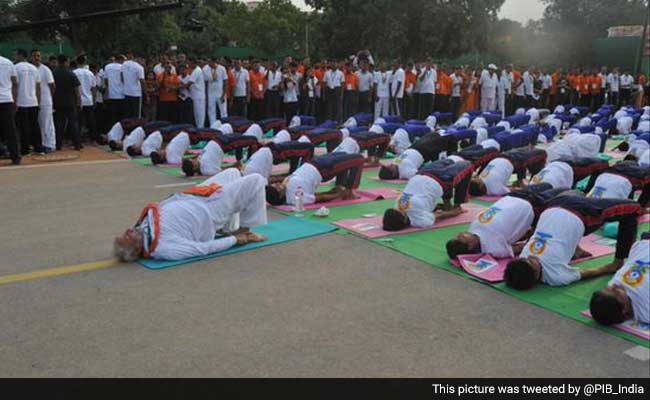 PM Narendra Modi performing yoga at Rajpath along with a record gathering of 40,000 people as part of International Yoga Day celebrations

New Delhi: Among thousands of people twisting, bending and stretching on a ceremonial road in Delhi on Sunday morning was Prime Minister Narendra Modi. Before surprising everyone by joining a mass session to mark the first International Yoga Day, he commented: "Who would have thought that Rajpath would become Yoga Path?"