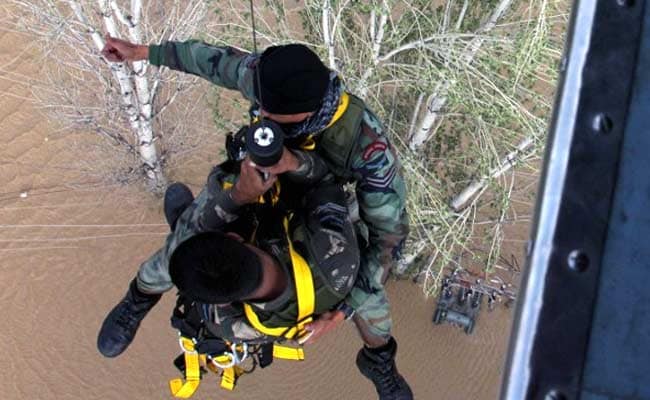 In this handout photo released by Indian Ministry of Defence on September 10, Indian Air Force personnel use a winch to reach residents stranded on a rooftop in Srinagar. (AFP)

Srinagar: The Indian Air Force has scaled back for the day, rescue operations that involve winching up stranded people into helicopters, after angry residents pelted stones at their choppers in several areas of flood-hit Srinagar today. Security forces believe separatist elements are provoking crowds, sources said.