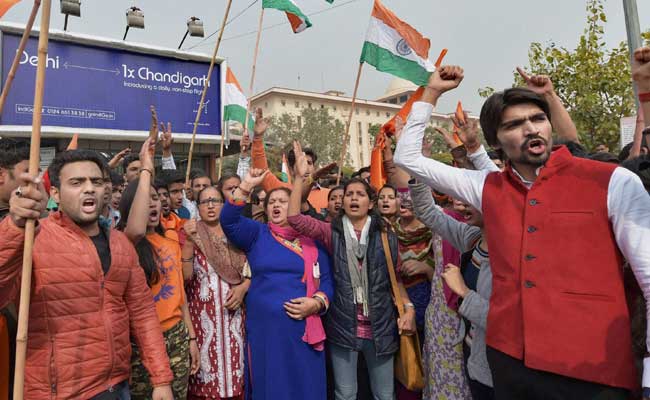 ABVP members held demonstrations against the protests in JNU in Delhi. (PTI photo)

New Delhi: The row over an event at the Jawaharlal Nehru University (JNU) to protest Parliament attack convict Afzal Guru's execution escalated on Saturday with former army officers threatening to return their degrees from the institution. At least eight students have been debarred from academic activities pending a disciplinary inquiry and a union leader arrested. On Friday, president of JNU's students' union and an activist of a Left-linked group, Kanhaiya Kumar was arrested on sedition charge.