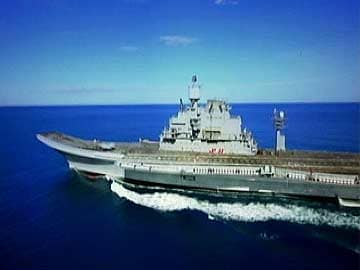 New Delhi: After almost a decade of negotiations and reconstruction, the super aircraft carrier INS Vikramaditya will formally join the Indian Navy today. By early next year, it will be out patrolling the Indian Ocean.

Here are 10 facts about the navy's largest warship: