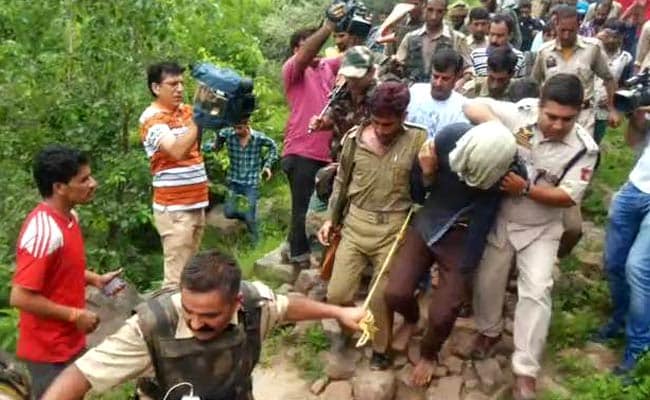 Pakistani terrorist Usman being taken away by policemen

Jammu: By 1 pm on Wednesday, India had in its custody a man who claims to be from Pakistan, and who, along with another terrorist, ambushed a convoy of the Border Security Force, killing two soldiers and injuring 11 in the Udhampur district of Jammu.

Here is your 10-point guide to this big story: