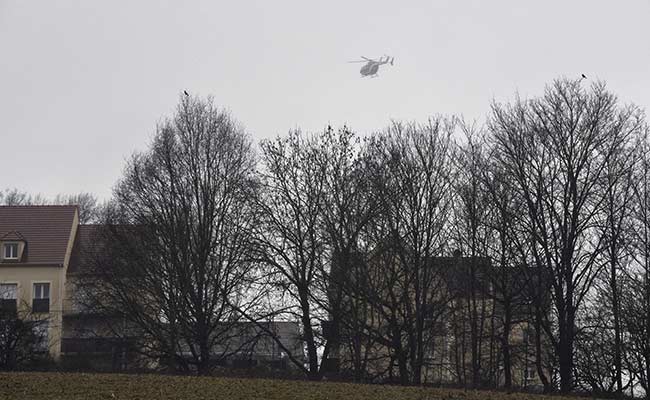 Helicopters hovered above the town of Dammartin-en-Goele. (Agence France-Presse photo)

Paris: A massive operation is underway to "neutralise" the two suspects in the massacre at the Charlie Hebdo office on Wednesday, a French minister said today.