Why Fat In Women Goes Straight To Thighs, Butts 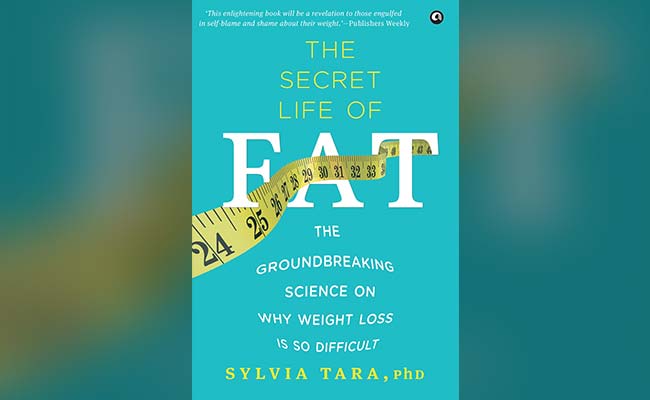 Cover of Sylvia Tara's book, The Secret Life of Fat

Though women store fat more readily than men, they also use it more when energy is needed. Michael Jensen examined free fatty acids in blood after an overnight fast. He noticed that women were releasing 40 percent more fatty acids into their bloodstream than men to serve the body's energy needs. But at the same time, women were also able to store those fatty acids into fat tissue much more quickly after waking. In fact, women stored two to three times more fat per unit of tissue then men did. So although women burn fat more readily during times of energy need, their bodies are also very quick to create fat by storing circulating fatty acids.

This is good news, right? Not exactly. Before women race to the treadmill, they should know that nature has another trick designed to keep them fat. After exercise they tend to eat more than men do. Jensen says, "Men and women respond differently to physical activity. Men are imperfect at compensating for extra calories burned with physical activity, whereas women on average are very good at compensating for physical activity. Given access to generous amounts of nutrients, women will compensate better [eat more] than men." He calls it a "fundamental, built-in" response.

There is, of course, a biological explanation for calorie overcompensation. Researchers from the University of Massachusetts in Amherst studied a group of overweight, mostly sedentary men and women. They put them on a four-day exercise program and then tested their blood for changes, most notably in ghrelin, the hunger-causing hormone. They found that in the men ghrelin levels did not change much after exercise. But in women, levels jumped by a third. And when researchers added more food to the women's diet to compensate for the exercise, their ghrelin levels still remained 25 percent higher than before they started.

"It appears that when the energy level of exercise goes up, women eat more whereas men don't," says Dr. Joseph Donnelly, who studies obesity and the effects of exercise at the University of Kansas. "In our experiment, when both genders burn 400 calories, no one is really eating more. But it was obvious at 600 calories that women did eat more but the men did not. At higher levels of expenditure, women compensate for calories burned." Donnelly's research leads to a counterintuitive conclusion: women who burn more than 400 calories during exercise may get less return on that extra investment than expected due to a greater urge to eat.

Women also face another imbalance with men regarding the effectiveness of their workout. Anthony O'Sullivan says, "It's well documented that women burn more fat than men during exercise. You would expect that women should more efficiently lose body fat following exercise than men, but they don't. It's the opposite. If a woman and a man are exercising one hour a day, during the one hour the woman is going to be burning more fat than the male. In the other 23 hours of that day the woman is going be burning less fat proportionally than the male." Jensen acknowledges the greater calorie-burning ability of lean mass in men, "The normal-weight woman on average has about 30 percent body fat. And a man of the exact same height, weight, age is going to have about 15 percent body fat. So what that means [is] they're burning more calories just doing nothing."

Women are thus subject to two factors: they experience greater appetite stimulation and more efficient fat storage. "You can't just look at that one hour of exercise," O'Sullivan says. Women have more body fat, and they actually use that available fat, but "once that exercise is finished, they revert very quickly to more efficient ways to ... store fat." In other words, women will naturally tend to eat more after working out, and the food will turn to fat more quickly." So in the end, for women there is less fat loss from exercise than may be expected.

There is an upside to all of this efficient fat storage for women. Jensen explains, "The good thing about partitioning for women is that it keeps their lipids in the blood low. So their cardiovascular risk factors of high blood lipids are lower. It's healthier. The thing to tell men is you may be lean when you're young, but if you start gaining weight as you get older you're going to be in a lot worse shape than your wife, who might gain similar weight, because her adipose tissue is much more protective than a man's."

So, women's fat may actually be keeping them alive longer. Finally, a benefit!

Gender affects not just how much fat we have, but also where our fat is distributed. Testosterone and estrogen circulate through our bloodstream and bind to fat tissue. As our hormone levels change with age, pregnancy, exercise, or other life events, fat adjusts itself to the changing hormonal landscape and settles in different places accordingly.

As women might expect, estrogen causes the preferential distribution of fat to the thighs and butt, causing the bottom-heavy pear shape that is the fate of many females, whereas testosterone sends it to the belly, bestowing the typically male round-apple gut. Genetics also influences how our bodies interact with hormones and ultimately where we store our fat.

The effects of sex hormones on fat are so powerful that when men are given estrogen, as in the case of transsexuals, they gain body fat overall, even though their caloric intake is the same as before. Not only do they gain fat but they gain it disproportionately in the same places as women - the thighs and buttocks. The same works in the reverse - women-to-men transsexuals taking androgens (male hormones) lose fat in the hips, buttocks, and thighs and gain it disproportionately in the belly. Even small changes in hormone distribution can cause dramatically different effects on our fat.

Why Women Get Fatter Than Men