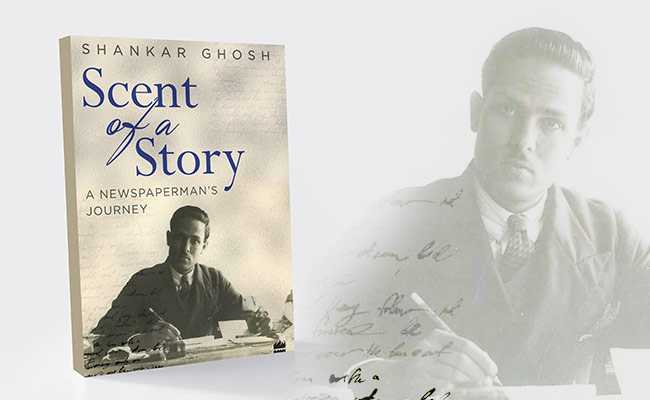 Cover of Shankar Ghosh's book Scent Of A Story: A Newspaperman's Journey

As the first Indian and longest-serving editor of the second-oldest English newspaper in India, the Pioneer, Dr S.N. Ghosh's or Suren's career matched step with the most profound changes in modern history, including India's coming of age as an independent nation. This is an excerpt from his book, Scent Of A Story: A Newspaperman's Journey (published by HarperCollins India). Order your copy here.

A traveller, not a tourist

The Lewises greeted me like a long-lost brother and took pains in showing me around Washington DC. We saw almost all the places on the sightseeing map, some of which we had to barely 'do'. There wasn't enough time to do justice to everything. The wonderful day had to end on a sour note, though. Late evening, I was very hungry and we were driving through Maryland in the State of Virginia, bordering Washington DC. I suggested a stop at a roadside restaurant for snacks. There was an awkward silence and, looking at Mr Lewis, I could see he was embarrassed and was trying to change the subject. Mrs Lewis volunteered the information that while I, as an Indian, might be permitted to eat there, Mr Lewis, being a black, might experience difficulty in getting access to restaurants in the State of Virginia. I could feel their hurt.

I had been refused entry in a 'whites only' club in Allahabad in 1930 as a cub reporter and was yet to forget it. This was 1963 and Lewis was a senior government officer high up in the official hierarchy, cultured and educated far above the average American. Yet he was constrained to face such blatant racial discrimination. It took me quite a while to come to terms with some of the realities in the United States. Not really too much of 'quite a while'. Pictures of 'Harijans' being denied water from the community well in villages at home came to mind, something similar to the experience that afternoon with the Lewises but to do with a lot more basic need perhaps.

During the 1960s the wonder year for me was 1964. It was the centenary year of the Pioneer. I remember calling in every IOU, real or imaginary, to persuade the who's who to attend the celebrations

The dice rolled beautifully for me. The President of India Dr Radhakrishnan; the Prime Minister Lal Bahadur Shastri; Lord Thompson of Fleet, representing the Commonwealth Press Union; the British High Commissioner Paul Henry Gore-Booth and Lady Gore-Booth; the Minister Counsellor of US Embassy Joseph N. Greene and Mrs Greene; Governor of UP Biswanath Das; Chief Minister of UP Sucheta Kripalani; the Maharajkumar of Vizianagram (Vizzy) Col. Ved Ratan Mohan; the mayor of Lucknow - the list was almost endless. They all attended the centenary celebrations on 20 November 1964.

Dr Radhakrishnan flagged off the celebrations and referred to Maitland Park, Clive Rattigan, Desmond Young and me, among the long list of distinguished editors of the paper, as outstanding craftsmen contributing and enhancing the tradition of elegant writing. He also mentioned that the Pioneer was the only newspaper which could boast of two Nobel Prize winners among its staff, Rudyard Kipling and Winston Churchill. Prime Minister Lal Bahadur Shastri gave a brief speech and referred to the close bilateral relationship between India and Great Britain, despite some differences in the past, and his impending visit to that country. He also conveyed his greetings to the Pioneer. I will always treasure the message this first son of India sent to the paper on its centenary:

My memory of the Pioneer is as old as that of my childhood. I must frankly admit that since 1920-21 we were not much enamoured of the Pioneer. Those were the days of the British and we felt that the Pioneer was with those in power at the time and was highly critical of the policies and programs of the freedom movement. However, it must be said - if I recall correctly - that the Pioneer never hit below the belt.

Since Independence the paper is in the forefront of those who have tried to give an impetus to the developmental and constructive activities in the country, in particular Uttar Pradesh. Pioneer has tried to move with the times. Its news and views reflect the atmosphere of change which the paper has imbibed. It is undoubtedly one of the oldest newspapers and has held a top position in the State. It must derive satisfaction from the fact that Mr. Rudyard Kipling was on the staff of the Pioneer and it is now being edited by Mr. S.N. Ghosh, a man of ability and also humility. My personal acquaintance with him dates back to 1934 and the more I have seen him and met him the more regard I have developed for him.

Shri Ghosh is responsible for the Pioneer carving out a special place for itself in the last two decades and the success of the paper is primarily due to its dynamic and vigorous editor. He is straight and hard-hitting in his writings and yet will rise above petty and personal controversies.

I convey my best wishes on this happy occasion of the Centenary of the paper and look forward to its further growth and prosperity.