Vinod Rai On The CBI's Loss Of Credibility 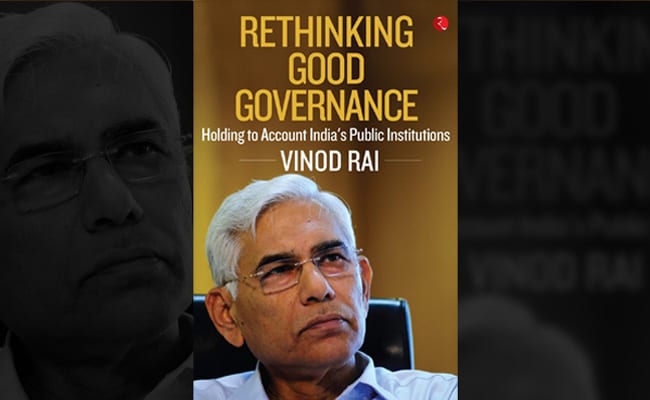 This decline in the institution's (CBI's) credibility, however, seems to have commenced in the aftermath of the declaration of emergency in June 1975. As happened with several other institutions then, the CBI was also 'captured' by giving the then director an extension of tenure and hence getting him in alignment with the PMO.

It was under the directions of the PMO that cases were booked and intimidatory tactics commenced against persons who raised their voice against the establishment. A major landmark in the politicization of the CBI was during the tenure of Indira Gandhi as PM. It was found that under the direct instructions of D. Sen, the then director of the CBI, the houses of four officers of the industry ministry who were collecting material for answering a question in Parliament on the functioning of Maruti, were raided by sleuths of the agency. The Parliament, after the Shah Commission inquiry, found the director guilty of obstructing the officials in performing their duties and sentenced him to a prison term along with the PM and her private secretary, R.K. Dhawan.

Soon after the Emergency, a new feature began to take root in the CBI. It involved first choosing the person to be targeted for harassment and then booking cases to launch investigations against them. It was the first time that a home minister, Charan Singh, 'directed' the CBI to book a case against Indira Gandhi in the Jeeps scandal and have her arrested. This is against the established practice of the CBI, which commences investigation and in the course of that investigation conducts searches, interrogations and arrests. The trend of targeting opponents through the CBI appears to have commenced in that period.

In several cases investigated by the CBI, its quality of investigation has been found wanting. In the case of irregular allotment of the 2G spectrum involving A. Raja and sixteen others, who had been charge-sheeted by the CBI, each of the accused was acquitted by the court purely for the lack of clinching evidence. In para 1,817 of the judgement the trial court made the following scathing observations while acquitting the accused:

There is no evidence in the records produced before the Court indicating any criminality in the acts allegedly committed by the accused persons relating to fixation of cut-off date, manipulation of first-come first-served policy, allocation of spectrum to dual technology applicants, ignoring ineligibility of STPL and Unitech group companies, non-revision of entry fee and transfer of `200 crore to Kalaignar TV (P) limited as illegal gratification. The charge sheet of the instant case is based mainly on misreading, selective reading, non-reading and out of context reading of the official record. Further; it is based on some oral statements made by the witnesses during investigation, which the witnesses have not owned up in the witness box. Lastly, if statements were made orally by the witnesses, the same were contrary to the official record and thus, not acceptable in law. The end result of the above discussion is that, I have absolutely no hesitation in holding that the prosecution has miserably failed to prove any charge against any of the accused, made in its well choreographed charge sheet. I may add that many facts recorded in the charge sheet are factually incorrect.

In the Aarushi murder case, the CBI charged the parents of the murdered child with the twin murder of their daughter and domestic help. The Allahabad High Court was scathing in its comments on the quality of investigation and observed that the theory of the agency was an 'impossible hypothesis' which was 'patently absurd'. The Court went on to acquit the parents, maintaining that the prosecution had 'miserably failed' to establish that they had destroyed material evidence. This was also a very severe indictment of the investigative capabilities of the agency, particularly in a case in which there was no possibility of any kind of political pressure.

The case of the longest duration has been the Bofors case, which deals with the acquisition of howitzers from a Swedish company. In this case, too, the Delhi High Court quashed all the charges against the Hinduja brothers, whom the agency had arraigned for being conduits and recipients of kickbacks. Even in the three-decade-old fodder scam of Bihar (now Jharkhand), none other than the apex court had remarked that the CBI had 'failed to live up to its reputation' and that there was 'intolerable lethargy' in filing the appeal.

In the investigation and trial that followed the Bhopal gas tragedy of 1984, the CBI was publicly seen as ineffective. Former CBI joint director B.R. Lall, investigating the case, maintained that he was asked to remain soft on the extradition of Union Carbide chief executive officer (CEO) Warren Anderson and drop the charges (which included culpable homicide). This statement made by a then serving officer brings out the rot that had begun to set into the organization.

In another significant instance of the agency being hauled up for lax investigation, the Himachal Pradesh High Court sought the personal appearance of the CBI director over the tardy pace of investigation into the murder and gang rape of a sixteen-year-old girl in the Kotkhai area of Shimla district in July 2017. The Court was compelled to observe: 'To our utter dismay, we find the instant progress report with regard to the investigation of the crime to be unsatisfactory. Perhaps the investigating agency is clueless with regard to the persons involved in the heinous crime.'