Rahima Khatoon was holding on tight to her three-year-old son and eight-year-old daughter. Her in-laws were crying inconsolably as they described the death of their 22-year-old son Yakub Ali. She sat next to them, quietly. I tried to read what was going on inside her mind. Rahima's first husband, Yakub's elder brother, died in a road accident two years ago. Yakub, a JCB driver, married her in March this year and became stepfather to his nephew and niece. Their life together in Kutamari, a Muslim neighbourhood in Assam's Goalpara district, was short-lived. In June, he was shot dead by the police in Assam. He was part of a protest against the alleged harassment of Muslims by the state. The protesters felt the state was falsely accusing many in the community of being illegal migrants, or "D-voters", a category in Assam disenfranchised by the Election Commission for being unable to provide documents that establish their citizenship. The police fired into the unarmed crowd, killing Yakub. 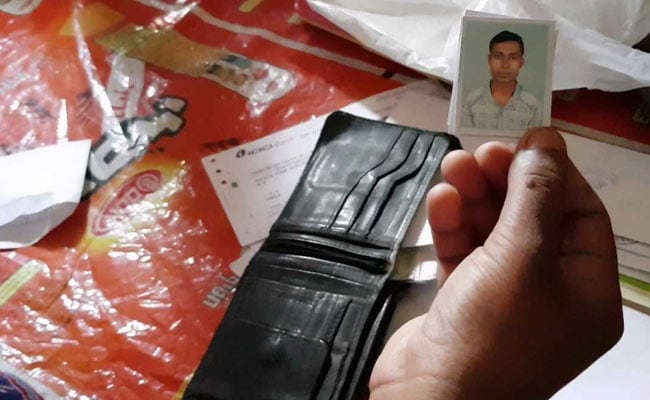 As we listened to the grief-stricken parents, hundreds of people gathered outside their one-room bamboo house to express their anguish and fear to the Karwan-e-Mohabbat team. They found it hard to believe people had travelled all the way from Delhi to meet them. They said this was the first time anyone had bothered to reach out to them.

The Karwan-e-Mohabbat is a peace yatra, a month-long journey of solidarity which hopes to reach out to families of victims killed in forgotten incidents of violence across India, some of them in horrific mob lynchings. "It is impossible for us to stay quiet in the face of this climate of hate and of violence. People must act in whatever way they can against the intolerance that threatens to destroy our country," says Harsh Mander, Director of Aman Biradari Trust, explaining why he felt the need for a Karwan-e-Mohabbat. 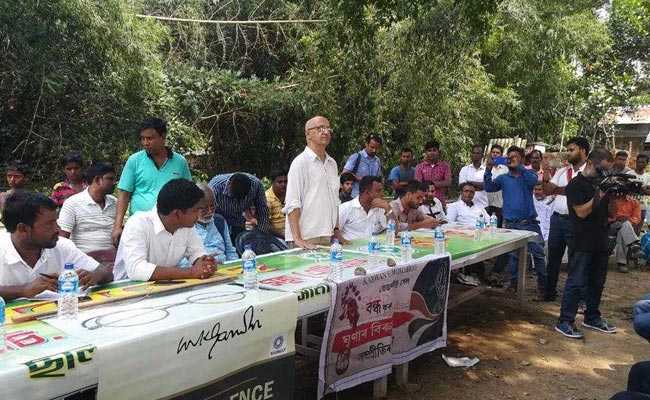 Translated, it means Journey of Love. It involves a group of 45 people on a crowd-funded journey across east to west India, staying in Madrasas, local schools in villages and small hotels.

To the visitors, the people of Goalpara spoke of the trauma of losing "our boy". Some brought papers to show us proof of citizenship that went back generations. (Human rights organizations have already expressed concern that D-voter surveys are playing into vicious communal politics in the state.)

Hussain Ahmed Madani, Executive President of the Satra Mukti Sangram Samiti, a student organisation, had captured the protest in which Yakub was shot on his mobile phone. The video reveals unarmed protesters holding banners and raising slogans against D-voter surveys. It shows the police using lathis on the crowd, then some stones are pelted, and minutes later, a policeman fires straight into the crowd. Yakub is hit and falls to the ground. "Even if they wanted to stop the protest, the police could easily have done so without killing a young unarmed man," Hussain said. His videos should have become clinching proof of a murderous lapse by the police but no formal investigation has been ordered. Barring local Assamese news, Yakub's death was overlooked by the media. 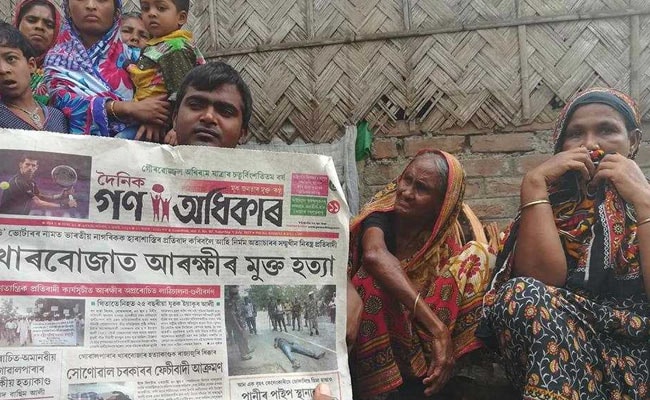 A local Assamese newspaper Dainik Gana Adhikar which reported the police firing on a peaceful protest against D-voter surveys on June 30.

The villagers told us no one from the administration or the ruling government had come to meet Yakub's parents let alone offer compensation. It was a humbling to stand there and be thanked by them, simply for listening.

I had joined the Karwan on its first leg in Assam, as part of a reporting assignment for NDTV's India Matters. It became clear from day one that this journey would provide a crucial opportunity to revisit stories that slip away far too easily from the news radar. Assam as a North-East state is in any case hardly on the mainstream radar. 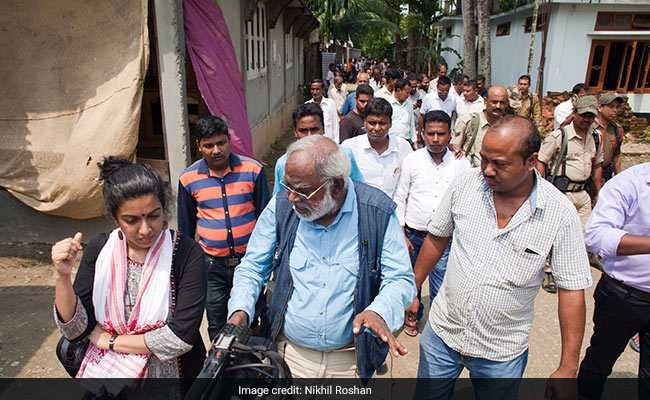 Goalpara was our second stop in Assam. The Karwan had begun its Assam journey with Nagaon, where the hope of justice is what keeps Hanif and Riazuddin's parents going even as they tell us they don't know how to live without their murdered children. In March this year, 16-year-old Hanif and his 18-year-old cousin Riazuddin had gone fishing to a pond near their village when a mob accused them of stealing cows, attacked and murdered them. 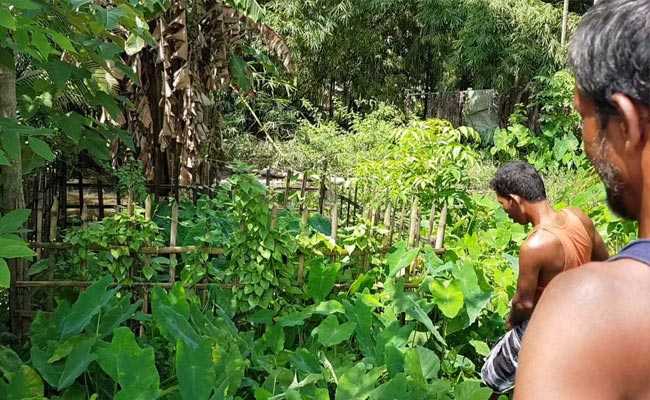 Pehlu Khan was killed on a busy national highway; Junaid was stabbed 30 times on a crowded train, Akhlaq was lynched by his neighbours and in Una, the attackers circulated videos of the whipping of young Dalit men, convinced of their valour and impunity. In Nagaon, as was true in these cases, the complicity of bystanders who actively supported the attacks or did nothing to stop them was evident from the video they shot.

Harsh Mander knows there are many who will look upon an idea of a peace yatra with cynicism, words like "bleeding heart", "typical", "activists" will be put together in different ways to describe the Karwan-e-Mohabbat. He is used to it. "It is no longer possible to be a mute spectator. The Karwan-e-Mohabbat is a call of conscience to India's majority," he tells journalists. 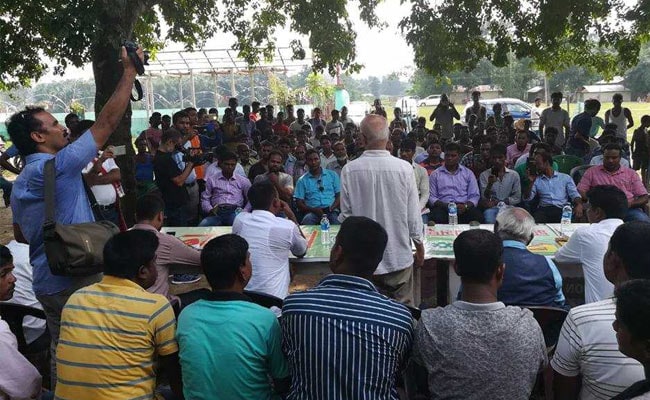 From Assam, the Karwan travelled to Jharkhand, then Karnataka, and by the end of the month, the team will have travelled to Delhi, UP, Haryana, Rajasthan and Gujarat where the journey will end in Porbander on Gandhi Jayanti, October 2. Joining it for all or parts of the journey are students, citizens, well-known activists, artists and organisers hope more and more people will hop on along the way.

As I flew back from Assam, completing the first part of the journey with the Karwan, I clicked this image. 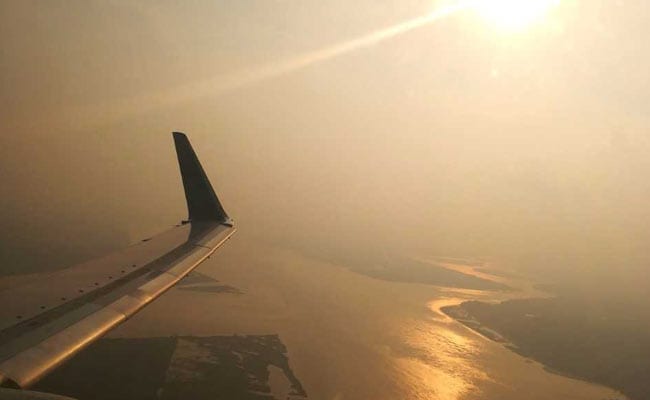 Golden rays of the sun on the river Brahmaputra

Was this the ray of hope the Karwan wanted to build on, I thought for a moment before being embarrassed by the simple, corny association. We're not comfortable with ideas that seem so simple - peace-yatras, building bridges, reaching out. For some reason, they seem so much more profound when they're uttered by poets and saints and sung to rhythmic music.

Azan Fakir, a popular Sufi poet of the 17th century, is sung across Assam. He is famed for having set Zikirs or Quranic recitals to the tune of Hindu religious hymns. Over time, Fakir's following began to grow. Jealous of Fakir's popularity, a Muslim official, Rupai Dadhora convinced the Ahom king that Azan Fakir was a Mughal spy and that his eyes should be plucked out. On hearing this, Azan Fakir asked for two earthen pots into which he let his two eyes drop. Subsequently, the charges against Fakir were proved false. To atone for his mistake, the king had a pagoda built in his honour. To this day, the Azan Pir Dargah attracts lakhs of devotees, Muslims and Hindus.

I thought of the Azan Fakir verse that a young girl had sung at the youth meet organized as a Karwan-e-Mohabbat night in Guwahati:

"In my mind I do not make any distinction between a Muslim and a Hindu.
O Allah, when dead,
a Hindu will be burned,
a Muslim will be buried
under the same earth..."

(Priya Thuvassery is a senior producer with NDTV and a documentary filmmaker.)

Disclaimer: The opinions expressed within this article are the personal opinions of the author. The facts and opinions appearing in the article do not reflect the views of NDTV and NDTV does not assume any responsibility or liability for the same.
Comments
Karwan-e-Mohabbat

What Will We Do In A World Without Sridevi?