Record-Breaking Cash Seizures In Karnataka Just Tip Of The Iceberg

It came as no surprise to observers of Karnataka elections that the Election Commission last week reported a record-breaking haul of seized cash and other election inducements of Rs 152 crore, the second highest state in such seizures.

With all parties opting for top-heavy candidates' lists made up of industrialists, realtors, mining and education barons, Karnataka elections have always been a high-spending affair. Congress MLA Priya Krishna (first row, third from right), one of the richest candidates in the Karnataka elections, campaigns in Bengaluru.

Depressingly, however, the amount seized is a fraction of an avalanche of (mostly illicit) cash making its way into voters' hands.
A senior functionary of a national party broadly explained to this correspondent the two tiers of spending that candidates are required to do.

A basic tier of spending for each candidate, on an average, would work out to about Rs 3.5-Rs 4 crore per seat, he explained.

The bulk of this spending takes place during the last 10 days before voting day. On an average, he said, the daily expenses per day for these 10 days is Rs 25 lakh. 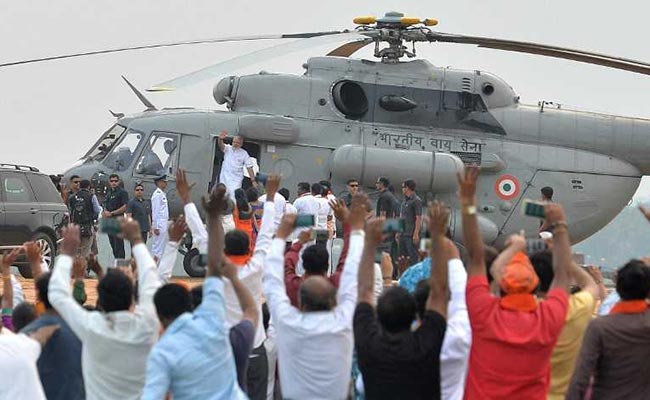 PM Narendra Modi arrives in a helicopter for a rally for the Karanataka assembly elections.

The math is as follows: each constituency has, on an average, about 250 electoral booths. For each booth, the candidate needs to field about a dozen workers, on whom he or she has to spend about Rs 10,000 a day. (Calculated on the basis of paying each worker about Rs 800 a day, for food and other expenses).

In addition, the candidate would also have to spend for their own campaign - rallies, road shows, publicity and so on, which may (depending on the candidate, and nature of contest) come to another crore of rupees or more. Hence, the figure of Rs 3.5-4 crore per seat.

This is already approximately 14 times higher than the official expense ceiling set by the Election Commission of Rs 28 lakh per candidate. The ruling Congress faces a tough challenge from the BJP in the Karnataka elections.

Again, these are just basic costs.

Increasingly, however, voters in southern states like Karnataka expect cash handouts which push up costs further.

More math is involved here, he explained, using a prestige constituency being fought by a heavyweight leader of a national party as an example.

Deducting 40,000 voters as "write offs" loyal to the rival party, leaves a figure of 1 lakh.

From this, the candidate would deduct about 20-30,000 of what are known (somewhat crassly) as 'class' voters, those who would disdain cash handouts.

It may not be possible to cover all before voting day, so effectively cash handouts would reach about 50-60,000 voters. 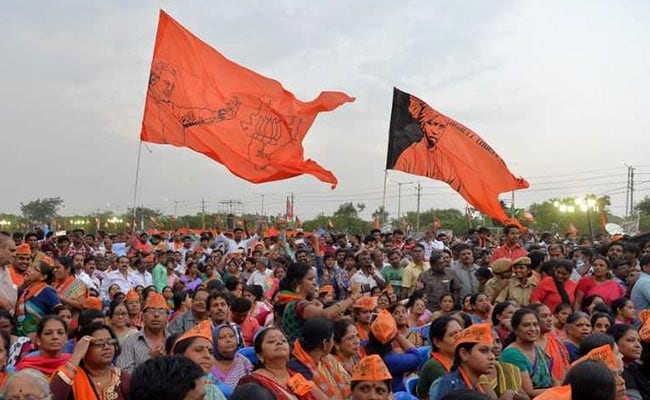 The BJP has gone all-in in its Karnataka election campaign to usurp the Congress.

This formula, he said, holds good for most seats in Karnataka. If the demand in that seat is for Rs 1,000 per voter, considered an entry level 'bribe' in a state like Karnataka, that adds another Rs 5-6 crore to the candidates spending (above the basic tier of expenses).

If however the demand (or the candidates willingness to pay) is for Rs 5,000 per voter, as is the case in some prestige contests (including the example cited above), then it pushes up costs to a whopping Rs 25-30 crore.

There are about 20 such high-spending "Rs 5,000-per-voter"seats in Karnataka, he said, about 10 per cent of all seats.

Seen in this context, it is clear why the Commission's seizure of Rs 152 crore, while admirable, is only the tip of an iceberg.

Promoted
Listen to the latest songs, only on JioSaavn.com
Which leaves us with a larger question that haunts every election: how, despite strengthened vigilance measures (and a one-time disruptive move like demonetisation) unaccounted money manages flow so freely during election time.

More on that in another column.