Owaisi Surprised Many With His Remarks, Zakir Naik Hasn't

I have publicly disagreed with Hyderabad MP Asaduddin Owaisi's style of politics in my writings. To me, he mirrors the Hindu right in his rhetoric and confrontational politics. But this past week, a day after Eid, Mr Owaisi delivered a major and very pertinent speech.

It was bold as he was addressing a large gathering of Muslims, which included several religious leaders, and he addressed the problem head on. "We have to acknowledge with all honesty that the Muslims have a problem called the ISIS. We cannot hide behind conspiracy theories or just blame others (read West) and sit easy," he told the gathering. "We have to introspect. What has gone wrong? We have to counsel our youth to keep them away from the death cult which goes by the name of Islamic State."

Mr Owaisi strongly condemned the ISIS, calling them "dogs from hell" and "enemies of Islam and humanity". This is not the first time he has done so - it must be noted that even his infamous speech, delivered in Maharashtra on March 13, that triggered the 'Bharat Mata Ki Jai' controversy also flayed the ISIS and the self-styled Caliph Baghdadi. What is important is that this time Mr Owaisi addressed the Muslim youth like a true leader, not just a rabble-rouser.

He attempted to shake up the community from its slumber and denial about a looming crisis, and gave a call for action. "We have to monitor what is being said from some mosques, what and who is injecting radical venom in the hearts and minds of our youth," he appealed. And he did not stop there. The best part of his speech was his exhortation to the educated Muslim to stay away from the lure of suicide belts. "Don't die for Islam. Live for India. We have all the democratic avenues to pursue our grievances. Live for India's democracy and secularism. If you want to go for jihad, then educate the poor, feed them, fund education and marriages of girls. That will be real jihad." That is the need of the hour. A section of preachers and religious leaders inculcate a kind of disdain for this world and material comforts among the Muslim youths. They pitch worldly against the divine. And that's where the problem begins. People who grow up hating (or at least not loving) the world and only dream about the afterlife feel no stakes in their surroundings or in the progress of society (possibly because they believe they will be marginalized in it), and would be ready to blow it all up to speed up their journey to the "promised rewards in heaven".

There is an urgent need in Muslim societies to restore a balance between religion and worldly affairs. Progress, change, modernity have to be embraced, not scorned. Creative, correct and contextual interpretations of religious texts and ideas have to be encouraged. Literalist and obscurantist interpretations have brought about many ills that afflict Muslim societies today. Democracy, human rights, gender justice, communal harmony, pluralism have to be taught and ingrained among Muslim kids and youth.

Perverted ideas propagated in the name of Islam with regard to non-Muslims, calling them infidels or kafirs, need to be seen in the context of the times when Islam was a nascent faith and a small community. Back then, these divisions were harped upon to keep the flock together and distinct. Not anymore. Today, when Muslims are spread all over the world, and most of them live in pluralistic societies, they can't be seeing non-Muslims as 'others' or lesser human beings.

Especially in India, where Muslims have best seen the benefits of democracy, secularism, pluralism, the ideas propagated by the likes of Zakir Naik are not only obscurantist but also dangerous. The ideas that only Islam is the true faith and all other ways to God are wrong have to be eradicated. What must be emphasised and enforced is the Quranic injunction of "Lakum dinakum wale yadeen" (To you your religion, to me mine). 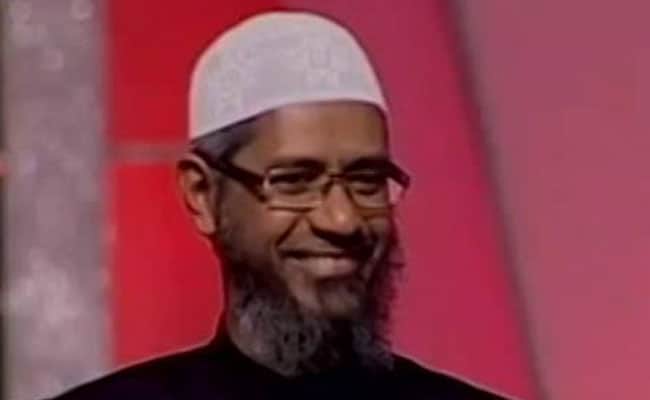 Staying with Zakir Naik, it must be said that what he preaches is contrary to everything that India stands for. His brand of puritanical, Wahabi Islam must be resisted and rejected by all. He is an Islamist supremacist who disregards all social and cultural linkages between communities over the ages. His stress is on exclusivity, not inclusion. He goes around with a checklist of a set of deeds that you must do to remain a true Muslim. You falter here, you go to Hell, you trip there and you go to Hell. So most Muslim sects and communities are on the wrong path according to Mr Naik, just like other religious groups. He has medieval views on women, rights of non-Muslims in Muslim societies, inter-faith relations and marriages. And he has a huge following, which is the worst part.

Mr Naik need to be told straight to his face that he should take his preachings back into the caves of his masters - the Saudi rulers. After all, it's their bidding that he is doing, not the service of Allah as he may claim, by spreading medieval, unjust, contorted interpretations of Islam all over the world.

But a word of caution for media and agencies that are currently hounding Zakir Naik on charges of promoting terror. My fear is that although there is so much to dislike about Naik's preachings, this terror charge is not going to stick. Prime time debates showcasing him as a terror recruiter only help Naik play victim among his followers.

The best antidote to Naik's Islamist supremacist teachings will be to educate people and drive them away from his interpretations. Muslims leaders and ulema or scholars have to do a course correction soonest on how Muslims view their faith and that of others. This is the 21st century. Religions, religious preachers and practitioners have to adapt and interpret their faith in the context of Now, not through the prisms crafted in the 7th century in response to the crises and context of those times.

And it's here that someone like Asaduddin Owaisi, educated and democratically elected, can play a constructive role. He has made a good beginning last week, but will he stay course?