Our Film 'My Octopus Teacher' Just Won A BAFTA

We were all dressed up with nowhere to go except on a live link to the BAFTA awards. As we stood on the deck of a friend's house, waiting for the programme to begin, two killer whales surfaced barely a hundred meters from where we stood and glided past. It was a stunning moment for all of us who are swimmers and divers in this Great African Seaforest. The reason we were waiting to get on the BAFTA live link was in large part thanks to that forest, and all of her wonderful animals within, especially a little octopus who befriended my husband for a year and became the subject of the movie that has just won Best Documentary: My Octopus Teacher. Four years ago, when we started working on this film in a small room in my house, none of us thought that we would be here: on the world stage and, best of all, with massive audience appreciation for the film. 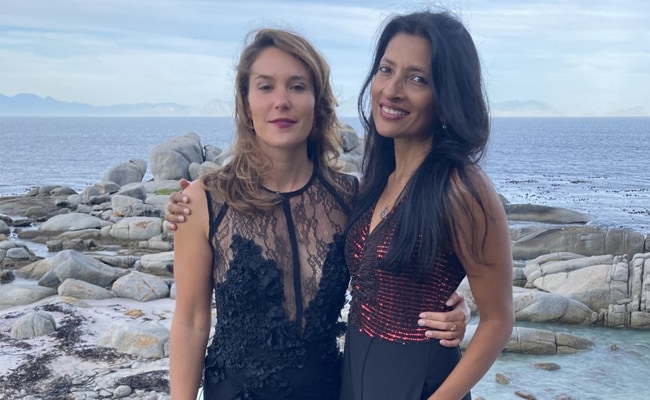 With Pippa Ehrlich, co-director of the film

It started perhaps 50 years ago when Craig Foster, my husband, was three years old. The ocean has always been his happy place and when, as an adult and burnt-out filmmaker, he felt that he had lost any passion for his craft, it was the ocean that he turned to. Years prior on a film called The Great Dance, A Hunter's Story, he spent years with the San people in the Kalahari. He was deeply struck by how entwined they were with their landscape and seemed so content and settled even though their lives were a massive challenge after years of genocide, loss of ancestral land and decimation by the wild. From them, he decided to learn to become entwined in the ocean landscape.

He decided to be in that wet wilderness sans wet suit or scuba tanks to totally immerse himself. After a few months of adjusting to the freezing temperature, he found the cold water invigorating and healing. Without wet suit and scuba, he found that he could move more freely in the kelp forest. Slowly, he started to learn his environment. It was a few years into this process that he came across his Octopus Teacher. Most of the time he spent with her was out of sheer wonder and curiosity, and he started to place his cameras on the sea bed and film remotely. Sometimes his great friend, multi award-winning underwater cinematographer Roger Horrocks, joined him on the dives and filmed with the bigger cameras. Craig and his Octopus Teacher

At the time, I was still scared of being in the water and went in only occasionally as a childhood near-drowning incident had left me terrified and unable to swim. Craig would however share everything he photographed and filmed with me and slowly, it seemed that there might be material there for a film on the Kelp Forests that we now call "The Great African Seaforest". It's a very poorly known ecosystem as it's under the water and the general public are unaware of it; there is not a lot of scientific research on it as well. Over the years, Craig had collated thousands of hours of footage and the story that was forming had broad strokes. But we discovered that the best thread was the relationship he had developed with the octopus. Craig's great friend and amazing wildlife film producer, Ellen Windemuth, also concurred that there was an interesting story buried in all of his interactions with the octopus. Once she came on board, it seemed that a film would develop. 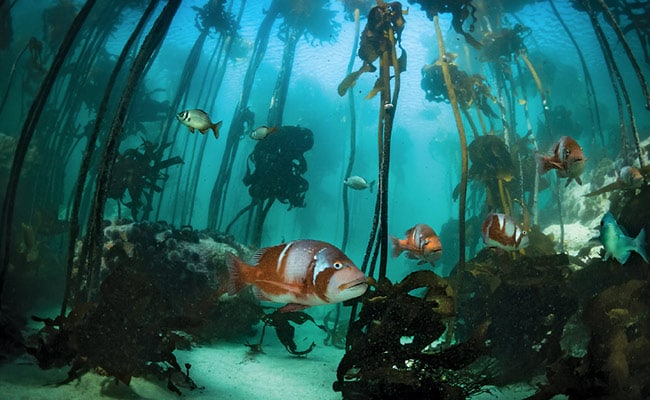 At this time, Craig met a young science journalist Pippa Ehrlich who had started to dive with him as she was fascinated by his skill and abilities to track under water. Once Pippa saw a treatment Craig sent her for the film, she was absolutely committed to seeing it made. She quit her job and came on-board full time and put four years of her life into the film. While the majority of Craig's relationship with the octopus had already been filmed and she had passed before the film was made, many other visuals were required to tell Craig's personal story and his abilities in the water had to be filmed. Pippa immersed herself in the cold water with Craig without a wetsuit to film these scenes and a wonderful cameraman Warren Smart filmed the scenes on land. He filmed it in such a way that the visuals flowed seamlessly so that even on land, Craig was under water. Once several versions of the film had been cut, Ellen, Pippa and I realised that this film couldn't be in the 'voice of God' style and that it had to be narrated by Craig. We realised that we were all too close to him to draw out in that way and Ellen involved James Reed, a film-maker based in Bristol, England, who has a particular knack for getting subjects to open up on camera and give amazing interviews. James flew to Cape Town and spent four days interviewing Craig, and that then became the script and the frame of the film. Pippa and James then worked it into a cut that was sent to Netflix who then came on board with Sara Edelson, an amazing executive producer. With both Ellen and Sara as executive producers, the film was edited by Pippa and Dan Schwalm, with Oscar award-winning Jinx Godfrey as a consulting editor. It went into post-production with an amazing team here in South Africa, from the Refinery for technical wizardry and Craig's old friend Barry Donnelly who has done the sound for every film Craig has ever made. My son, Tom Foster, who is also in the film, did all of the aerial shots and contributed to the music score composed by Kevin Smuts. Without any of the people on this team, the movie would not have been the same.

The team behind My Octopus Teacher give an ecstatic speech as they accept the BAFTA for Documentary at the #EEBAFTAs ???? @EEpic.twitter.com/QNBAVJV8eD

I have an old NDTV connection, but years before the film was even an idea, Radhika and Prannoy Roy appreciated Craig's work enough to give him the first under-water camera that he shot with.

We also wanted the film to be a story of hope and of love because for nature to regenerate and thrive, it's re-opening our heart connection to the wild that will restore the balance. Through Craig's personal story we wanted to show the healing power of nature and how humans are an intrinsic part of the natural world, not separate from it. This is the founding principle of our conservation organization the Sea Change Project, Craig cofounded.

And here we were, standing in the fading light of the sun, with the gently swaying great African Seaforest behind us waiting for the BAFTA results.

When the announcement came that we had won, it was an impossible moment of sheer excitement and disbelief and elation.

Now we wait as we have also been nominated for the Oscar awards. But the greatest gift this film has given us is our deepening connection to this wild wonderful ecosystem on our doorstep, where even I have given over my fear to wonder and swim and dive everyday in the Great African Seaforest.

(Swati Thiyagarajan is an Environment Editor with NDTV and author of 'Born Wild', a book about her experiences with conservation and wildlife both in India and Africa.)

Riding The Second COVID-19 Wave - What Will It Take?