When the Indian Army Chief speaks ahead of Army Day celebrated every year on January 15, the rank and file of the 1.3-million-strong force listen.

This is never an ordinary press conference. It is a statement of direction from the Commander of the world's second-largest Army.

So when General Manoj Mukund Naravane, India's new Chief, spoke yesterday to the men and women that he commands, he wasn't just advising them. He was passing an order.

In fact, in his press conference at the Army's Manekshaw Centre in Delhi Cantonment, he said as much.

''This is a mixture of what I feel the Army is about, as also a message to the entire Army,'' said General Naravane before spelling out what he said was the A, B, C or basis upon which the Indian Army exists: "A for Allegiance, B for Belief and C for Consolidation.''

''Allegiance for the Army or the armed forces is when we swear allegiance to the Constitution of India, in fact, be it a jawan or an officer, we take an oath,'' said General Naravane. ''That is what should guide us in all our actions and at all times.''

Deliberate in what he said, measured in his speech and manner, General Naravane in fact chose to take on the most pressing issue facing his force. Not Pakistan. Not China. The identity of the Indian Army itself was what the General was speaking about. 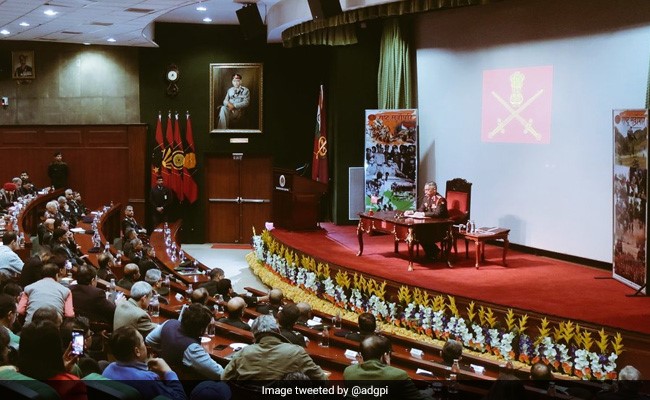 The fifty nine-year-old also deftly distanced himself from remarks made by his predecessor, General Bipin Rawat, who entered the realm of political leaders by referring to the protests around the Citizenship Amendment Act, currently the single-most sensitive political issue in the country.

''Leaders are not those who lead people in inappropriate directions,'' said General Rawat on December 26. "We are witnessing in a large number of University and College students - the way they are leading masses of crowds to carry out arson and violence in our cities and towns - this is no leadership."

Armed forces' chiefs are not supposed to comment on political issues, least of all those which are deeply divisive, question the basis of equality as enshrined in our constitution and the core belief of fraternity. Besides, nothing in the Citizenship Amendment Act has anything to do with the Indian Army, its operations or its issues. In fact, the law says as much. According to the Army Rules, 1954, no officer or jawan shall ''deliver a lecture or wireless address on a matter relating to a political question.''

And yet, five days after making his remarks, General Bipin Rawat was made India's first Chief of Defence Staff, a landmark reform spoken about for decades.

But while the Chief of Defence Staff may report issues of importance to the Prime Minister or Defence Minister, he does not run the Army. Operational and decision making resides with the Army Chief, the father-figure in this vast organisation. 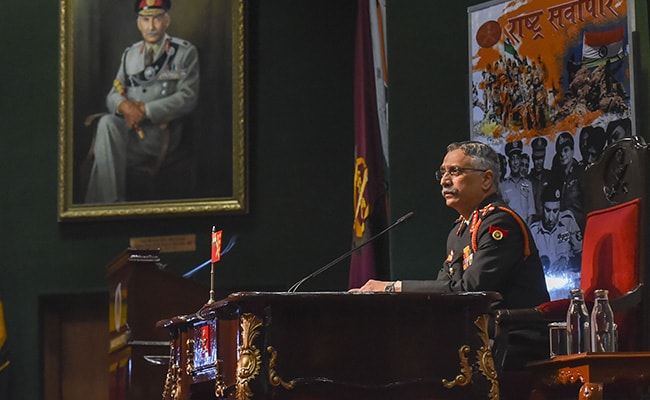 Deliberate in what he said, measured in his speech and manner, General MM Naravane in fact chose to take on the most pressing issue facing his force

Taking an oath on being commissioned translates into ''the core values which are enshrined in the Preamble to Constitution, that is justice, liberty, equality and fraternity,'' explained General MM Naravane in his address on Saturday. ''That is what we are fighting for when we are deployed on the borders, safeguarding [our] sovereignty or territorial integrity. It is to secure for our people these core values. We need to keep [this] in mind at all times.''

General Naravane was, in fact, stating the obvious. When soldiers go to war, they are huddled inside a tiny post at 21,000 feet on the Siachen glacier or sit inside the narrow spaces of a tank in 50-degree celsius temperatures in a desert; equality and a sense of brotherhood is all that they possess. To have serving soldiers publically debate political issues such as the Citizenship Amendment Act which allows citizenship to be granted on the basis of religion would harm the fabric upon which the Indian Army has been built. All religions are equal in the force - no one is ring-fenced on the basis of who they pray to.

This is exemplified at the level of the battalion - officers commanding units like Sikhs or Gurkhas "inherit" the religion of their unit. A non-Sikh officer commanding a Sikh unit will don a turban during ceremonial parades. In mixed faith battalions, a religious parade is held, often once a week, where prayers are offered for soldiers of all faiths. Everyone attends. No one moves out when their prayers are over. Officers commanding units are expected to pick up the language of their soldiers. South Indian officers who live with Sikh soldiers and fight with them speak in fluent Punjabi. The bond is deep - it is of brotherhood, a relationship that goes beyond the politics of religion. "Secularism" in the Indian Army isn't just a buzzword - it's a comfortable norm.

General Rawat was not the first General to make political remarks in the last few weeks. On December 14, Lt. General Anil Chauhan, the Eastern Army Commander, had referred to the decisions in Kashmir as ''hard decisions which have been pending for a very long term.''

Beginning his address by ''giving out a few key points", General Naravane attempted to remind the Army of what it essentially is and, perhaps, restore a style of leadership where the Army Chief makes fewer public statements and focusses more on the job at hand.