Politics and not Pollution

It's petty politics and not fighting pollution. That is why Delhi NCR and much of north India is struggling to breathe. And all the players are equally to blame as they try, cleverly (or so they think), and pass the buck. Add to the cauldron a Delhi election around the corner and you can be sure it isn't concern for your health that is driving the politics of fighting pollution.

While Delhi Chief Minister Arvind Kejriwal has tried to position himself as the man trying to save our lungs, with claims that pollution in Delhi is down 25 per cent, his odd-even scheme is completely fake. It only targets cars, leaving seven million two-wheelers to spew their dirt. That two-wheelers are responsible for 25 per cent of vehicular pollution (twice that of cars) cuts no ice with him, nor does the fact that two-wheelers intrinsically create more pollution per horse power than cars. But who can blame him; there are more two-wheeler-owning voters around and he needs those votes, come 2020.

The simplest way to deal with this crisis would have been to declare public transport free, including our much cherished metro system. That with an odd-even ban on motorcycles, would have helped. But that would need to overcome not just objections over subsiding the metro from the DMRC, but also the central government and the Supreme Court. The court had warned the Delhi Government against tinkering with the financial health of the metro system when Delhi wanted to introduce free carriage for women. The Supreme Court has much concern about pollution in the capital and needs to take a more holistic view on the DMRC and not just its finances. 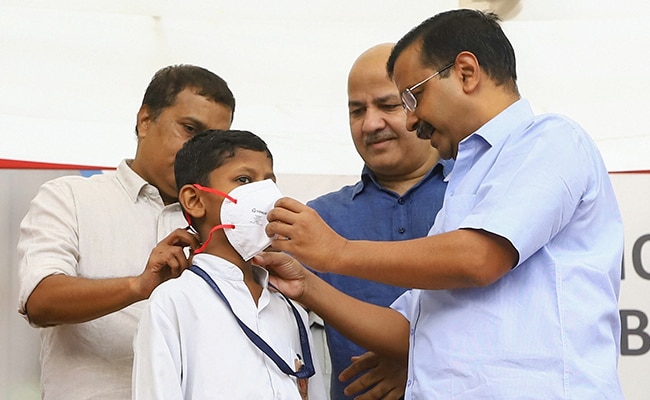 Arvind Kejriwal has hit back at allegations that his government is playing a "blame game" over the air pollution crisis.

The fact is that the metro is overpriced. At Rs 60 each way on the longest journeys (doubling since 2017), it means the traveller from Noida to Gurugram must spend at least Rs 150 (including last mile) a day. Which means it's much cheaper (door-to-door) for two people to share a ride on a two-wheeler than take the metro. Its ridership has stagnated under the 3 million-a-day mark despite a doubling on the network. This is actually a financial disaster given the investment in the additional lines. The lack of ridership is clearly linked to the fare, but both DMRC and the centre (co-owners with the Delhi Government), are against subsidising metro fares even though worldwide metros are subsidised.

Then the state and the centre are fighting over the lack of machinery provided to farmers for removing the stubble. This was meant to be the centre's job and the state claims that the 63,000 odd machines given so far by the centre are not enough; with Delhi Deputy Chief Minister Manish Sisodia claiming that at this pace it would take decades to meet the needs of 26 lakh farmers. He is right. But given the centre's lack of concern (they really aren't an environment-friendly government) couldn't the state have paid the Punjab farmers the Rs 100 a quintal they were demanding as subsidy for not burning the stubble? If they can subsidise buses for women, electricity and water for the poor, isn't this a worthwhile goal? Or they could have at least offered to split the cost with centre and the Punjab and Haryana governments. 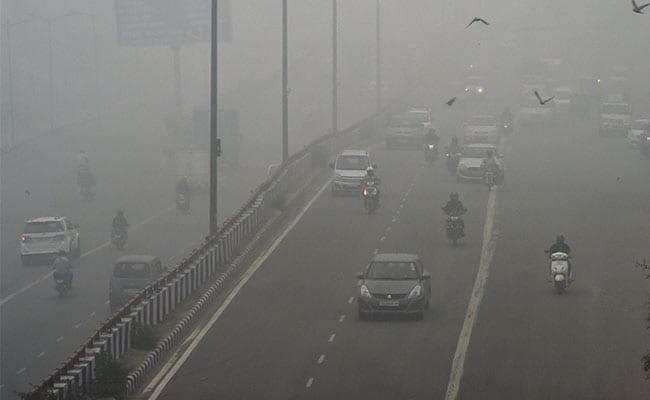 Pollution in the National Capital Region was declared a public health emergency on Friday by the Environment Pollution (Prevention & Control) Authority.

Similarly, the centre has been hugely generous to farmers with the PM Kisan scheme -- would another Rs 100 per quintal or a part thereof really upset its financial apple cart? The winter paddy here is about 11 million tonnes, which at Rs 100 a quintal would have required Rs 1,100 crore; that's only an additional Rs 500 cr from what the centre says it is already spending on stubble reduction. In any case, Rs 500 crore seems a paltry amount to spend on saving the health of citizens in this polluted belt. If the government has the money to build a new central vista then surely it can do more for pollution.

Nor does anyone seem to have looked at the larger agricultural issue -- that the rice grown in the north is extremely environmentally unfriendly. It uses huge quantities of water and cutting the stubble is a major issue. Why can't we, as Bharati Chaturvedi argues in Sunday's Hindustan Times, encourage the cultivation of millets? 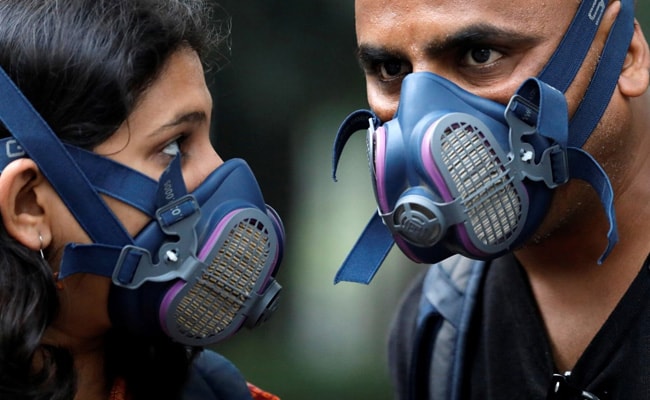 Pollution rose to the worst levels so far this year on Sunday, prompting Arvind Kejriwal to issue a fresh appeal asking residents to follow the "odd-even" rule.

Strangely, as Delhi was choking on Saturday, what would it have cost the state government to declare Sunday a holiday and have all but emergency services closed for the day? Votes maybe? Votes from traders, shopkeepers, and those intrepid Delhi shoppers.

Of course, we continue to ignore the dust problem in Delhi. The state claims to have got state-of-the-art road cleaning machines, but obviously they are only used sparingly, since they haven't made any real difference. Nor has the complete failure of the people of Delhi to control the fireworks on Diwali helped. Delhi Police and all the 340-odd elected officials (state assembly and municipal corporations) have failed to work with communities to reduce the firework menace. Nobody wants to upset any religious festival, even though gunpowder wasn't around when Lord Ram was.

Meanwhile the number of stubble fires this year has crossed last year's number and schemes on the ground seem to have failed.