When I boarded Cathay Pacific Flight 841 at John F. Kennedy International Airport at 9 am on February 1, I didn't know I would be starting a journey that would be a super-accelerated version of literary character Phileas Fogg's 80-day circumnavigation of the world. But because of the coronavirus outbreak, which has led 34 countries to impose travel restrictions, that's what I ended up doing in one weekend.

As the global death toll from the coronavirus exceeds 490, with more than 20,600 confirmed cases worldwide, and governments join with pharmaceutical companies to rush to test antiviral treatments, here is a window into how the travel industry operates in the face of a possible pandemic. It's an individual account of travel at a time when you know immigration doors could be closing, but you can only guess which ones and when.

My daughter, Allegra, and I were going to the Philippines to see my siblings and for a much-anticipated retreat to Siargao, a Bali-like surfing island in the southeastern part of the country. (When not on vacation, I'm copy chief of Bloomberg Businessweek.) I'd booked my tickets in the first week of January, just a few days after reports of a new SARS-like virus in China began appearing in media outlets. The New York-Manila round-trip tickets involved a two-hour stopover in Hong Kong each way; I'd taken this route many times, and Hong Kong was always an efficient hub. 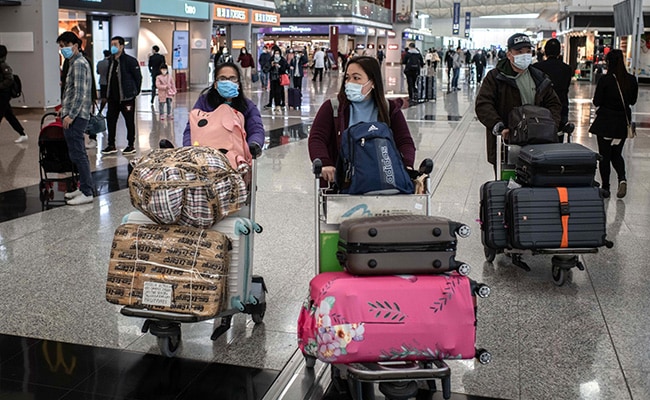 the global death toll from the coronavirus exceeded 490, with more than 20,600 confirmed cases.

The CX841 flight to Hong Kong could not have gone more smoothly. It left on time and arrived about 15 minutes early. It looked to be three-quarters full, which gave Allegra and me a free middle seat in our row. All the flight attendants and most of the passengers wore surgical masks that they brought with them. Having my nose and mouth covered was uncomfortably warm at first, but after takeoff, the cabin air got colder, and the mask stopped bothering me. Allegra and I and many passengers around us wore masks the whole flight except for meals.

I had no inkling that my plans were to be upended until the Cathay boarding agent in Hong Kong for our connecting flight to Manila, CX903, looked at our passports and said we couldn't get on the plane. Only Philippine passport and resident-card holders were allowed to enter the Philippines. During the 11th hour of our 15-hour flight to Hong Kong from New York, it turns out, the Philippine government had declared a ban on all travelers from China and its territories, effective immediately. That included us-travelers merely transiting through Hong Kong. A man from Wuhan visiting the Philippines had died on February 1, the first coronavirus death recorded outside of China.

I looked around me. Ten other people were milling around with the same dumbstruck expression I probably wore-six Air Canada passengers, two Brits, and a Filipina American, Lanie, and her boyfriend, Ronald, who were on the same Cathay flight from New York as we were. On our shirts were blue stickers, attached by the agents to signal that we would need assistance. The Cathay boarding staff couldn't give us a big picture of what our options were. The only thing they'd say was that we should first get our luggage. I couldn't get angry at them. It was just some six hours after the Philippine ban was imposed.

After the Manila flight took off, two Cathay staffers escorted us through immigration, which we had to pass to get to baggage claim on the fifth floor of Terminal 1. There we got our temperatures checked and our passports stamped. At the baggage carousel, Cathay staffers told us our bags would arrive in a half-hour. And if we couldn't find our luggage? One of them pointed to the baggage assistance counter, then disappeared.

While we waited for our bags, Allegra and I went over our options. We considered visiting Tokyo instead, but it was difficult to make brand-new vacation plans while in the baggage claim area sorting out the mess of our original trip. Besides, our passports now had Hong Kong stamps, and I worried that some airports might be closed to us by the time we tried to return to the US. 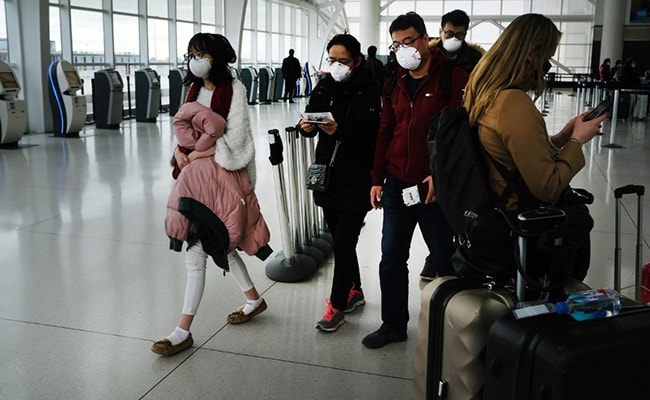 The outbreak has spread to more than 20 countries including India, Britain and Russia.

We ultimately decided to cut our losses and return to New York. I called the travel insurance company to hear my options-my $213 policy provided up to $2,000 for trip cancellation and $3,000 for trip interruption. The agent said I should file my claim online, adding that it would be helpful if I could get a statement from Cathay saying we'd been prevented from boarding. Of course, in the chaos of the moment, I hadn't thought of doing that, nor do I think Cathay's boarding agents would have been capable of supplying me with one. They were as gobsmacked as I was.

We decided to make our way to the ticketing counters on the seventh floor. By then, it was 6 pm. My plan was to look for a late-night flight to New York, which would give us enough time to reunite with our bags, which still hadn't been located. (Cathay was dealing with thousands of redirected pieces of luggage, a baggage agent told me.) But the only New York-bound flight that evening was CX846 at 7:45 pm.

I was determined not to stay overnight in a Hong Kong hotel. The day before our trip, the US announced a ban on foreign nationals coming from China, beginning on Sunday, February 2. It did not include Hong Kong. Still, Allegra and I had checked with our respective HR departments. We were told that as we were merely transiting through Hong Kong, we wouldn't have to go into a 14-day self-quarantine required of employees who were coming from Hong Kong and China, new policies at each of our companies. Would staying in a Hong Kong airport hotel be considered actually staying in Hong Kong? I did not want to take the risk.

Lanie, my new Filipina American friend, and I had formed an information-sharing agreement, and we called out to each other what our respective ticket agents were telling us to ensure that we were all on the same page. My ticket agent hadn't even realized that many Philippine-bound passengers had been stranded.

We got our tickets at 6:30 pm. We weren't charged a rebooking fee, which for our ticket class would have been $200 apiece. On a Feb. 3 travel advisory, Cathay announced that rebooking and rerouting charges would be waived for Cathay Pacific and Cathay Dragon passengers affected by travel restrictions arriving in, departing from, or transiting through Hong Kong between Feb. 1 and Feb. 29 with tickets issued on or before February 1. It also said passengers who are affected by entry restrictions are entitled to a full refund for Cathay Pacific/Cathay Dragon tickets issued on or before February 3 for travel from February 3 to February 14.

It was then off to a different counter to check in; it was about 6:45 pm, an hour before our flight was to depart. By the time we got to the front, we still didn't have our bags-but a call confirmed that they had been located. In a mad dash, Allegra and Ronald headed to a sixth-floor office; from there they were escorted to the fifth-floor baggage claim area and then signed back into the airport. They came rushing back to the counter not even five minutes before check-in closed at 7:05 and boarding started. Surprisingly, we got on with time to spare-Allegra and I in the center seats of the middle row, and Lanie and Ronald in the seats behind us.

In the chaotic four hours after we were kept from boarding our Manila flight, there were many moments of levity and kindness. A ticketing agent fretted that the Brits in my group had no masks; their London return flight wouldn't be till the early hours of the morning, too long to be without a mask in Hong Kong's airport, in her view. Her thanks as well as theirs were profuse when I gave them some that I had. The check-in agent kept apologizing for what we were going through, and the check-in counter manager made call after call to help Allegra and Ronald get the bags speedily. We were supposed to be charged HK$120 ($15.45) apiece for airport tax, but in the rush, we weren't.

We arrived at JFK at 10:07 p.m. Sunday night, some 37 hours after we flew out of the same airport. We had traveled 16,144 miles. By the time we landed, the ban on China travelers that the U.S. government announced on Friday had taken effect. The immigration agent asked us whether we had been to China. We said no, just Hong Kong, and we were waved through.

As the plane was landing in New York, I had looked at the plane's path on my screen. It was then that I realized that both my outgoing and incoming flights had flown east. I had effectively circumnavigated the world. All in 37 hours.