Behind The Scenes Of Nitish-BJP's Hard Pass On Cabinet Spots

But there are plenty of hard feelings after the BJP turned down Nitish Kumar's offer to accept one of the eight new slots he created in his cabinet. The BJP said it was taking a rain check with Sushil Kumar Modi tweeting it would use the opportunity "in the future."

But in fact, it was the very recent past that the BJP was smarting from. On the afternoon of Prime Minister Narendra Modi's big bang swearing-in, the Chief Minister of Bihar decided that he would not accept the sole cabinet spot that was offered to his party, the Janata Dal United. As he left his home for Rashtrapati Bhavan, Mr Kumar, 69, told reporters that he remains a committed constituent of the BJP's national coalition, but that "symbolic representation" in the PM's government does not interest him.

Three days later, he expanded his own cabinet  to make the point to the BJP that if they could offer him one portfolio, he would return the favour. Same result: hard pass from the BJP.

On record, the BJP provided the same reaction - keep it moving, there's nothing to look at here. But the locked and loaded moves from both sides are indicative of what are likely to be grueling negotiations for the state elections that are due next year. 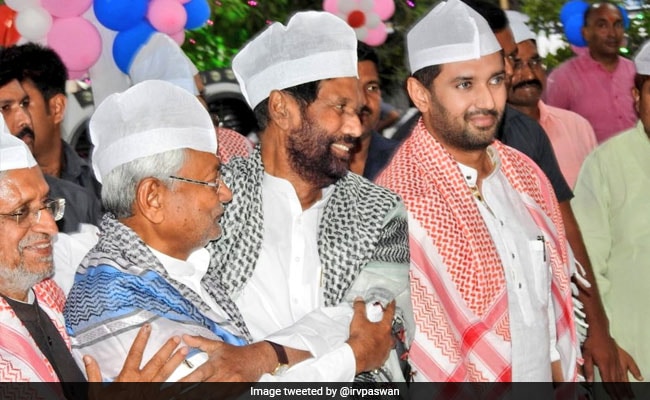 In 2015, Mr Kumar contested Bihar with Lalu Yadav and the Congress as his team-mates. In 2017, he leapt over the boundary to combine, mid-term, with the BJP. For the general election, BJP president Amit Shah surrendered six seats that the party had won in the last national election so that Mr Kumar's JDU and the BJP could each contest 17 seats. It was a move in keeping with the BJP chief's strategy to assuage allies who felt they had been disrespected - a complaint heard not rarely in the phalanx of the BJP's partners.

Together, the BJP and JDU started out with the unmatchable advantage of 52 percent of the vote in Bihar. The general election saw them taking all but one of Bihar's 40 seats.

That didn't mean the campaign reflected a happy coupling. At one rally in Darbhanga in North Bihar, as the PM chanted "Bharat Mata ki Jai", Mr Kumar sat glumly, refusing to join the series of enthusiastic Bihar leaders on stage who followed Mr Modi's lead. Speaking to NDTV, representatives from Mr Kumar's party said that the slogan, objected to by some as characteristic of a Hindu-first nationalism, was not what they stand for; they said the BJP is welcome to raise it but that issues like this should be discussed widely with allies and addressed through a document that summarizes the values they cross-promote: a Common Minimum Program. The reproach was clear: that the BJP, confident of its own vast strength, follows its own agenda, irrespective of the sentiments of partners.

Mr Kumar was, at the time of Mr Modi's government being formed, strident in laying out his terms: as a senior ally who had delivered 16 MPs, he could not be entitled to one cabinet minister, the same as smaller allies like the Akalis or Ram Vilas Paswan whose contribution of MPs was far more modest. Sources close to the Chief Minister said he did not want to be seen as acceding to the BJP's only offer on the table which could show him up as the weaker party as the talks begin for how to divvy up the Bihar seats for the state election.

Mr Kumar made it clear that Bihar's huge thumbs up for the BJP-led alliance, was not pinned on Mr Modi. "This mandate was not for one individual," was his wry put-down.

It was Mr Paswan, a smaller component of their alliance, who tried to insert a peace emoji. On Sunday, he said, "I'm the cementing force in the NDA and will do everything to keep it intact." He also said his party's score of 6 seats was due to the combined efforts of his own workers and that of the BJP and Mr Kumar. 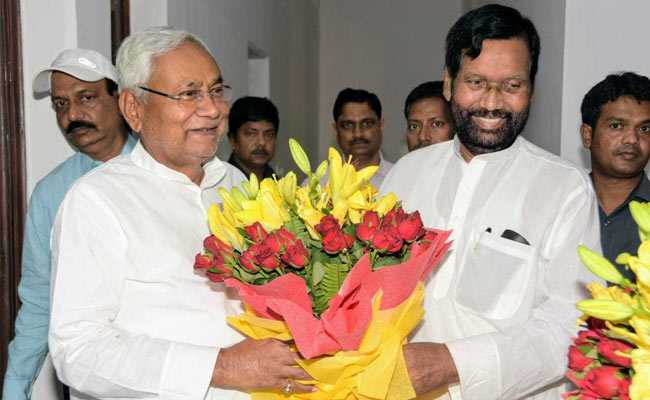 Meanwhile, the opposition, which won one seat in Bihar, has, interjected, entirely unsolicited and predictably, on Mr Kumar's behalf, stating that the BJP is doing him wrong. End this humiliation and come back to us, said Raghuvansh Prasad Singh, a senior leader from Lalu Prasad Yadav's party, yesterday.

Mr Kumar is not a flight risk. He knows how much he has gained from his opportune ditching of his exes. And their public offers to reconcile will not carry much weight with the BJP. Sources close to him say he is aware that the PM and Mr Shah made it clear that they "did not want to pamper him when he asked for bigger representation in the cabinet" and are also confident that if it comes to that, they will be able to win Bihar on their own strength - the scale of the BJP's victory in the general election has proved the PM's approval ratings are off-the-charts.

For Mr Kumar, then, this is a double role that must drag on: in public, the polite but self-assured ally who will stand his ground; privately, the politician who is boxed in by the knowledge that he is being put - and kept - in his place.

Meeting the Maoists: The Invisible Killer