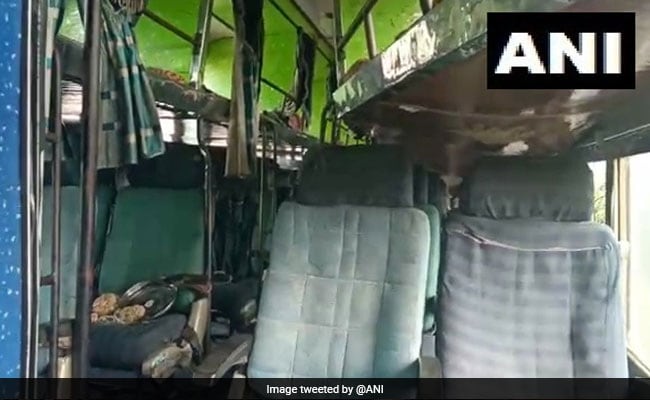 The incident took place on Sunday afternoon when a bus with about 40 passengers onboard came in contact with 11 kv live wire at Golanthara in Odisha's Ganjam district.

He said the bus was about 12 feet high including the luggage carrier atop it. It hit the live wire which was about 11 feet from the ground.

The height of 11kv wires should be at least 20 ft above the ground. The circle executive engineers will identify the vulnerable spots where wires are hanging below the required level, the minister said and directed officials to ensure that all hanging wires be raised to the standard height.

A special workshop will also be organised to ensure safety measures are followed by all departments concerned, Mr Mishra said.

Meanwhile, departments are blaming each other as authorities of Southco, the power distribution company in Odisha's Ganjam district, in a report held the rural development department responsible.

It said the rural development department had converted the rural road to a concrete road, raising its height by almost 3-4 ft and reducing ground clearance of the road in 2018.

Commerce and Transport Minister Padmanabha Behera has blamed the electricity department and the bus driver for the mishap. He said a detailed probe is being initiated to ascertain whether the bus had route permit to ply on the rural road.

Meanwhile, the opposition BJP demanded resignation of the energy minister while Odisha Pradesh Congress Committee held the state government responsible for the death of 10 people due to the fault of others.

OPCC president Niranjan Patnaik said, "There is no point in one department blaming other. The government as a whole should be held responsible for the death of 10 innocent people."