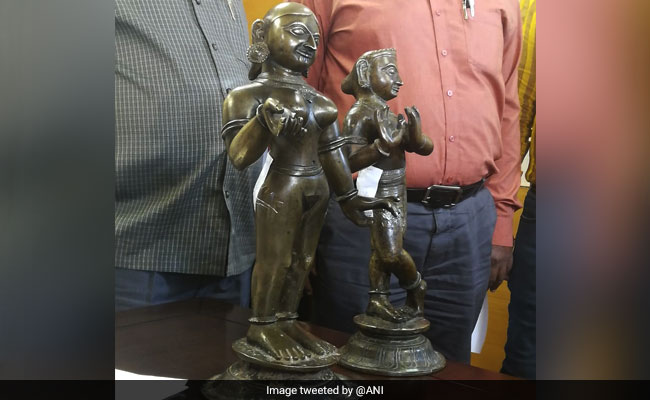 The cost of the seized idols would be around Rs 2.5 crore in international market.

The Special Task Force (STF) of Crime Branch of Odisha Police on Wednesday arrested a man after two ancient Radha-Krishna idols worth more than Rs 2.5 crore were recovered from his possession, a police officer said.

On a tip-off, the STF team on Tuesday night raided the house of Sayed Zilnoor alias Kaka alias Raja (46) at Jadupur village near Bhubaneswar.

Zilnoor was arrested on Wednesday after the idols were recovered, PR Satpathy from Special Task Force said adding that a case has been registered against him.

Mr Satpathy said the idols were made of ''Asta Dhatu'' (eight metals) and there was no document with the accused in support of his possession of the idols.

In another incident, Excise officials on Wednesday arrested a student of a private engineering college after seizing 83 gm brown sugar from his possession, police said.