The inquiry found that the college misled the Supreme Court by manipulating and filing of fabricated records. 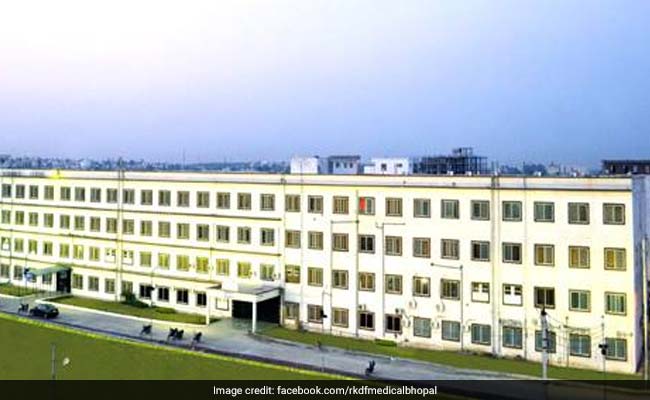 A medical college in Bhopal allegedly admitted fake and ghost patients to comply with minimum requirements of Medical Council of India, a CBI inquiry has found.

On the basis of the findings of the agency, the Supreme Court has barred RKDF Medical College Hospital and Research Centre from admissions in its first year MBBS course for the next two years 2018-19 and 2019-20.

The top court has also directed its Secretary General to initiate prosecution against the Dean of the college S S Kushwaha and imposed a penalty of Rs 5 crore for playing fraud on it.

The top court has directed the college to refund the fee paid by the students for the academic year 2017-19 along with a compensation of Rs 1 lakh to each student.

The inquiry found that the college misled the Supreme Court by manipulating and filing of fabricated records.

"The assertion made by the college regarding the genuineness of the patients in the hospital turned out to be false in the enquiry conducted by the Committee which was comprised of the officers of the CBI and medical experts," an official said.

The Central Government and Medical Council of India had highlighted before the Supreme Court gross malpractices in the college and inadequate infrastructure and patients to impart education to MBBS students. This was contested by the college which had challenged the report of the Government and the MCI.

In order to verify the allegations against the college, the Supreme Court in 2017 had constituted a committee headed by a senior officer deputed by the CBI Director and two doctors of the AIIMS recommended by the AIIMS Director.

The CBI registered a preliminary enquiry and submitted its report before the Supreme Court last year which included opinion of AIIMS doctors.

"The Committee exposes the evil design of the college in resorting to deceitful methods to cheat the authorities concerned and this court to secure permission for admission of students. Apart from the prosecution of the Dean, the college is liable to be suitably punished for committing perjury," the court said.

The MCI in its inspection in 2015 had found that the college, for the purpose of granting admission for 2014-15, admitted fake patients and others who were without any significant illness.

The matter went to number of litigations in various courts before Supreme Court constituted a committee under the CBI to look into the claims of the hospital in 2017.

The allegation was corroborated by the Supreme Court appointed committee comprising CBI officer and AIIMS doctors which went through medical sheets of 436 patients shown to be admitted in the hospital in September 2017 when the MCI had carried out inspection.

Going through records collected by the committee, Surgical disciplines Professor in AIIMS went through 96 medical sheets of the patients on bed in 2017 and raised serious doubts over "genuineness of the patients actually admitted".

The experts found the spectrum of patients shown to be admitted by college as inadequate for MBBS education.

After the report was filed before the Supreme Court, the college gave an unconditional apology to the apex court requesting to give a quietus to the matter.

"The brazen manner in which the college has indulged in relying upon manipulated records to mislead this court for the purpose of getting favourable order deserves to be dealt with a serious manner," the Supreme Court said.

The court said it has noticed a disturbing trend of some medical colleges in projecting fake faculty and patients for obtaining permission for admission of students.