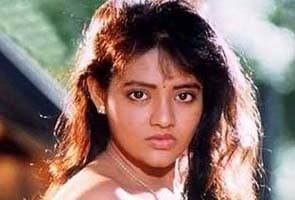 Bangalore: The CID has thwarted the claims by Sandalwood actress Ranjitha that she was not part of the Swami Nithyananda sex video. The investigators have now said forensic reports show that she was indeed in the video.

Ranjitha had claimed that she was not the woman in the video, but the CID, after comparing her photograph and the video with the help of the Forensic Science Lab (FSL) came to the conclusion that she was indeed in the video clip.

Investigators had already checked and crosschecked to ascertain the video's authenticity when the scam was busted. Just to be sure, officials had sent the CD to the FSL in Hyderabad and Chandigarh, along with separate images of both Nithyananda and Ranjitha.

FSL experts, who tallied the video images with the photographs have confirmed that the images are genuine and are neither morphed nor any body double has been used, as claimed by Ranjitha earlier, sources in the CID said.

Reacting to Ranjitha's claim, a CID official reiterated that both Nithyananda and Ranjitha's images were sent separately to the FSL labs and both labs have confirmed that it's genuine. "Anyone with a doubt can get it confirmed from anywhere else in the world."

Ranjitha had claimed that she was never been in touch with Nithyananda after the CD episode. But, a source said that Nithyananda himself had admitted before the CID that he went to Haridwar to keep away from media glare after the episode.

She had then said that Nithyananda had asked her not to talk to the media about the visuals that were telecast. On Friday, Ranjitha claimed that the controversial video clips were morphed. Last June, Ranjitha had deposed before the CID officials in Chennai. In her statement then, she had no accused Lenin of any charges.

But, her new accusations (rape and extortion) against him have surprised investigators. "She could have told us while we were recording her statement in Chennai. She had never said anything against Lenin then," a source told MiD DAY.

At a press conference on Friday, Ranjitha said, "It is fabricated. I am not the person in it. In fact, at that time, I was in a room that I was sharing with another female devotee in the Dhyanapeetham ashram. I blame myself for this. It has affected my career though some people still have faith in me."
Comments
RanjithaSwami Nithyanandasex videoCID

Afraid of being scolded for poor result, teen commits suicide