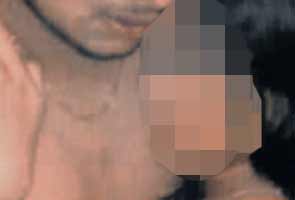 Bangalore: To add to the woes of Soumya (name changed), a victim of a spurned lover's revenge, her career with the Intelligence Bureau (IB) has been shot down abruptly. Soumya had filed a complaint against her former boyfriend for uploading videos and photos on the Internet of the two having sex, which came to be infamously known as the Karavali-MMS scandal, after the accused refused to break off their relationship.

That controversy has supposedly come back to haunt her after she applied for the post of inspector at the Central Intelligence Bureau six months ago and was selected.

She received her appointment letter, but did not mention about the case and even the IB officials did not check her credentials. It was only later that they conducted a background check and realised their mistake.

In what seems to be a move to avoid further embarrassment, the department issued a notice to Soumya stating that she had been rejected after a background check revealed that her conduct, while she doing her post-graduation from Karnataka University, was questionable.

"The post she was selected for is very crucial and candidates should be of high calibre in all aspects," said a senior officer from the department.

The victim had been in a relationship with Ashwath Goankar, a businessman from Dharwad, but it soured in 2010. Goankar was not willing to break it off, but nonetheless Soumya went ahead and changed her number and kept a distance from him. Spurned by her actions, he decided to tarnish her image and uploaded the clips on the Internet in early this year.

Meanwhile, Goankar was picked up from his hometown Dharwad by the Cyber Crime Police and produced before the court. He has been charged under Sections 66-67 of the IT Act among others. The accused moved a bail application stating that he needed to attend his father's death anniversary on July 15.

Earlier complaints by Soumya against Goankar were futile as the accused hails from an influential family and he avoided police action this long by using his influence in the local level. However, though action has been taken against her tormentor after she filed a complaint with the cybercrime cops this time, her career has suffered and she has to bear the brunt of his misdeeds. Soumya has approached the court questioning the cancellation of her appointment, but it has all been in vain.

Mysore MMS: Made in Mangalore in 2007, it showed three young girls in the act. The initial letters of their names of their cities made up the title - MMS - the first one from Mysore, the second from Mangalore and the third from Sullya in Karnataka.

Mysore Mallige: The 2003 video was shot by the boy seen in the clip. The couple were engineering students from Hassan. The boy took the cassette to make a CD, resulting in it getting circulated.

Mungaru Male: In Mangalore, 2007, a sex worker shot a customer with a hidden camera while having sex in a hotel room.

KP Latest: This is shot at Kushal Nagar of Kodagu district where Rizwan filmed himself having sex with a diploma student called Pavitra on his mobile phone.

Promoted
Listen to the latest songs, only on JioSaavn.com
Soumya was doing her post-graduation and had participated in a beauty contest as well as in state-level sports. During this period, she was introduced to Goankar, who claimed to be running a mining company.

Their relationship went on for a while and they recorded their intimate moments when she moved to Karwar after completing her studies. The couple however had differences and Soumya decided to move on and even went to the extent of changing her numbers to avoid Goankar's persistent demands of marriage.