The Karnataka government had said that the killers of Gauri Lankesh have been identified but evidence is still being collected to prove their guilt.

Gauri Lankesh was shot as she returned home early in September from her office in Bengaluru.

New Delhi: Over a month after journalist Gauri Lankesh was shot dead outside her house in Bengaluru's upscale locality, Karnataka Police today released sketches of the suspected killers and asked for "public help." The Special Investigation Team, which is probing the murder, has also released a video of the suspects that they obtained from CCTVs during the investigation.

The portraits, according to the police, have been prepared using enhanced footage from CCTV cameras at Ms Lankesh's home that captured the recce as well as the shooting; also accounts of eyewitnesses who have said they saw the suspects in the area nearly seven days prior to the crime. 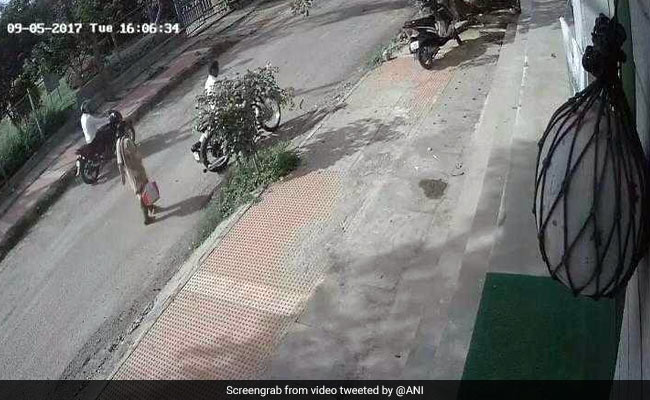 Claiming that the suspects were in the city for at least seven days before the murder and recced Ms Lankesh's house and locality, the official said, "We request the public to help us find them or their hideouts in the city, across the state or country."

Gauri Lankesh, 55, a critic of right-wing ideology and a fierce advocate of secularism, was shot as she returned home early in September from her office. A man wearing a helmet to conceal his face was recorded on security cameras as he shot her in the chest.

Protests had erupted across the country condemning the murder of Gauri Lankesh.
Last week, the Karnataka government had said that the killers of Bengaluru journalist, who published a weekly newspaper, have been identified but evidence is still being collected to prove their guilt.

Promoted
Listen to the latest songs, only on JioSaavn.com
"We know who it is," Home Minister Ramalinga Reddy had told NDTV, but declined to elaborate, explaining that disclosing more information could jeopardize the case.