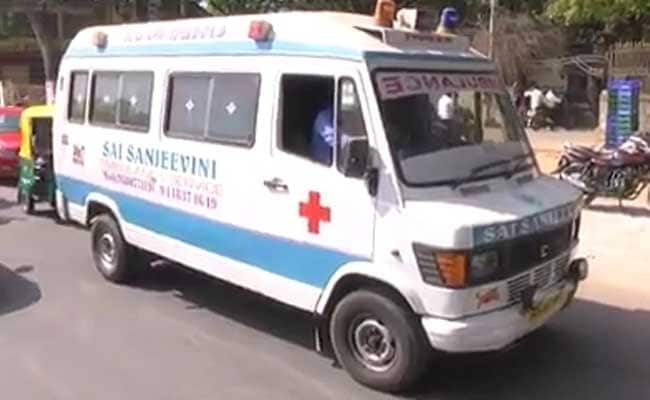 The ambulance got stuck inthe jam caused by the imaguration ceremony.

Bengaluru: An ambulance on its way to pick up a patient in a medical emergency was stalled for nearly 15 minutes in a massive traffic jam in Bengaluru because of a VIP.

B Baswaraj, a Congress legislator, was doing the honours at a ceremony to  mark the renovation of the old airport road in south-west Bengaluru yesterday.  A major road was blocked off for the ceremony.  As traffic choked, the ambulance was forced into a major delay despite using the siren.

Under local rules, an ambulances can only use the siren in an emergency.

"I am a social worker.  I apologize, I had no idea about the congestion on the road," said the Congress leader.