It was a hot December afternoon but that did not stop hundreds of people from participating in Bengaluru's Pride March on Sunday.

Members of the lesbian, gay, bisexual, trans, queer or LGBTQ community and their supporters gathered opposite the Kempegowda Majestic Metro station in the city and walked towards the Town Hall.

And if the mood in earlier years was defiant, today it was more celebratory. 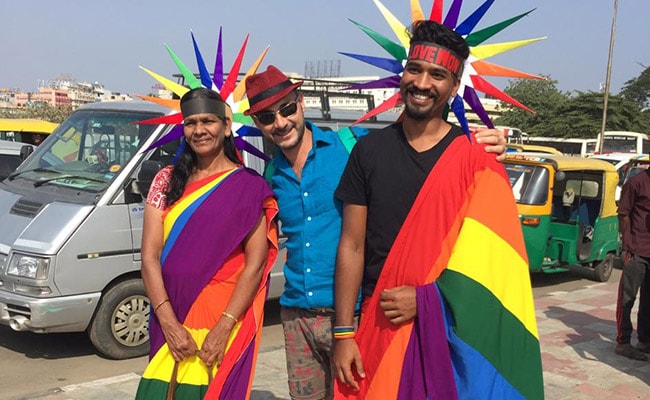 Anthony participated in the parade, along with his mother Monica (Photo: Maya Sharma)

"Very very happy. So proud. It is a celebration, the first after the verdict," said Anthony who participated in the parade, accompanied by his mother, Monica, both wearing bright coloured head-gear.

"This is my beloved mother and she has come here to support everyone as always," he added.

Emphasizing on the freedom of the community, he further said, "This is hugely important. We feel free now. Earlier it used to be a rally. Now it is a celebration."

Another participant Renita said, "I am really really excited. We fought for this and now it has happened. My fourth Pride March. I am so glad. "

Venkatesh came all the way from Kolkata to attend his 18th Pride March this year said with a big grin.

With a tiara of flowers on his head, Johnson said, "We don't care about the heat. We are just so happy!"

"We have to celebrate. We have to show our solidarity, our strength to society. All these years we were surviving, we were suffering and now we came to the end. We saw the light. " 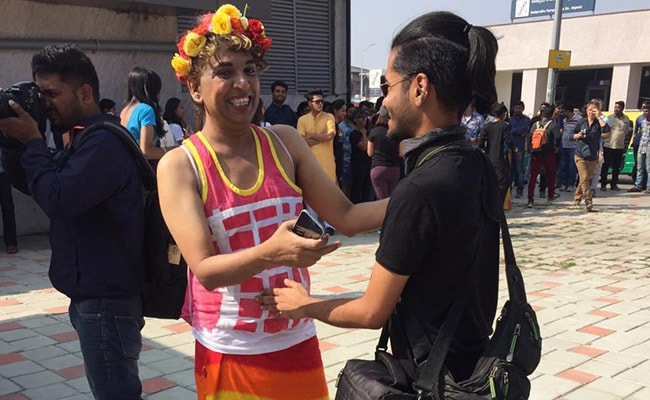 Some attended the parade with a Tiara on the head (Photo: Maya Sharma)

This march was also disability-friendly. The organisers had arranged special vehicles for those who had difficulty in walking.

Help was also provided to the visually impaired, sending across the message of inclusivity to the society.

But for the LGBTQ members there is still a long way to go.

Despite being happy with the top court decision Tony Christopher said, "There is a long way to go. Miles to go before we sleep. We have to ask for equal marriage rights, equal employment opportunities."

Nithyananda, one of the organisers proudly draped in a sari, told NDTV, "It will still be a protest. There is a lot to celebrate but there is still a long road ahead." 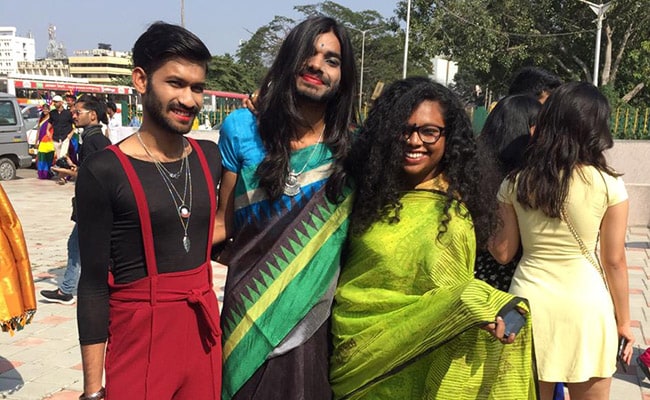 On September 6, a five-judge Constitution bench of the Supreme Court unanimously decriminalised part of the 158-year-old colonial law under Section 377 of the Indian Penal Code, which criminalises consensual unnatural sex, delivering a ground-breaking victory for gay rights in the country.

This was a rainbow-coloured celebration that the long journey towards complete equality has at least begun.