AR Shivakumar's house has a water storage capacity of 45,000 litres

Bengaluru: The family of a senior scientist in Bengaluru has not paid their water bill for 22 years. Reason: AR Shivakumar is doing without a water connection, using treated rainwater not just for bathing and washing, but also for drinking. The senior scientist at Karnataka State Council for Science and Technology had designed his green home more than two decades ago - building in a water harvesting system that yields more than 400 litres of water daily. Which means the expected scanty rainfall this year - when the state is facing is second consecutive year of drought - will be enough for their needs.

"Bangalore receives around 900-1000mm of rainfall except for these very drought years," said Mr Shivakumar, whose work involves the field of renewable energy and rainwater harvesting. The amount, he says, is enough to collect 2.3 lakh litres of water a year. But 2.3 lakh liters is far more than an average family of four uses. Planned properly, tanks can be built into a standard 40/60 feet plot to store more than what a small family needs.

Explaining the rainfall pattern of the city, he said, there is 90-100 dry days between two successive rains in Bangalore. "Based on that calculation, we have a storage capacity for 45000 litres... effectively we need only around 40,000 litres - 400 liters a day for 100 days. But we have 45,000 litres for emergency." 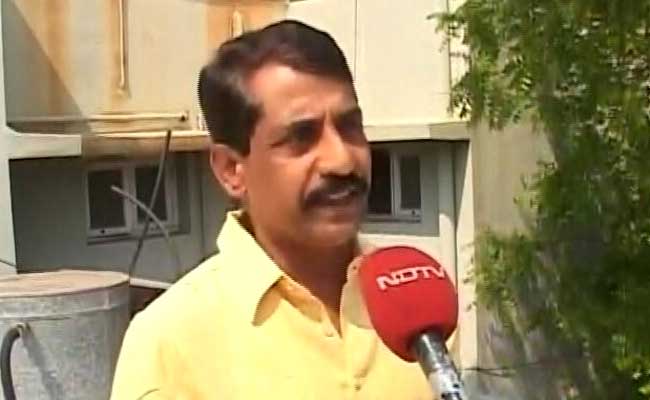 AR Shivakumar had built his home over two decades ago

His family, he said, approximately uses 400 litres a day. "In a year, we need only 1 to 1.5 lakh litres, so much more than we require is coming here," he added.

Promoted
Listen to the latest songs, only on JioSaavn.com
The water harvesting system is simple - water from the sloping roof is collected n underground tanks, where the purification process happens.

It is a family effort, said Mr Sivakumar - and his wife of 28 years, Suma, and his son, Anoop and daughter in law, Vamika, play their part as water conservation becomes a way of life for them.