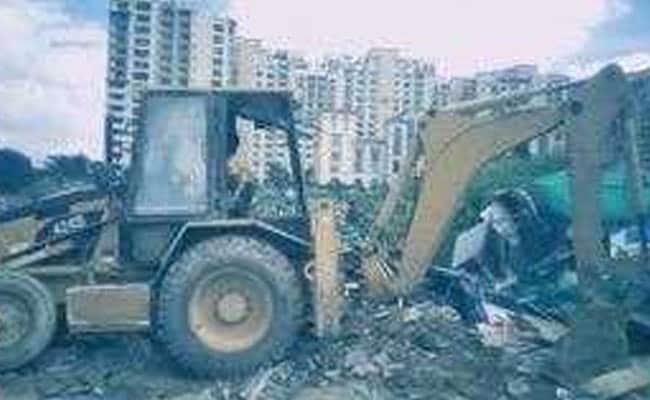 Demolition took place in Bellandur over the weekend.

No senior official of the Bengaluru city corporation was informed about the demolition of dozens of homes in the Bellandur area over the weekend, the civic body said today, adding that officials concerned have been asked to submit a report. The shacks were razed amid claims that several Bangladeshi migrants were living in the area.

Videos are being widely circulated on social media of residents in Bellandur's Kariyammana Agrahara showing their identity cards to officers during eviction as they try to prove that they are Indians.

"The assistant executive engineer of the area gave a letter to the police saying demolition should take place. We were not aware of such a letter. No senior officials of the Bruhat Bengaluru Mahanagara Palike (BBMP) were informed about this, including the commissioner," D Randeep, Special Commissioner for Mahadevapura, BBMP, told NDTV.

"We will take action against the assistant executive engineer. We have also asked the Joint Commissioner of Mahadevapura to submit a detailed report," he added, questioning the role and presence of the police during the demolition. Bellandur comes under Mahadevapura assembly constituency.

The demolition took place days after BJP MLA Arvind Limbavalli tweeted: "Few people have taken shelter under illegally constructed sheds located in Kariyammana Agrahara of Bellandur which is within the jurisdiction of our Mahadevapura Assembly constituency (sic)." He also shared a clip showing the shacks in the area.

In a series of tweets, he said "illegal activities were taking place in the sheds".

Few people have taken shelter under illegally constructed sheds located in Kariyammana Agrahara of Bellanduru which is within the jurisdiction of our Mahadevapura Assembly constituency. 1/3 pic.twitter.com/WjvmWlSE55

"Illegal activities were taking place in those Sheds and the environment was spoiled without cleanliness, hence the area was a site of illegal activity. This was brought to my notice through social media," he wrote in one of the posts on January 12.

"The concerned authorities were instructed to take action against it. Officials are reviewing and taking action. Residents from other areas have settled here, some of them are suspect to be illegal immigrants of Bangladesh," he further added.

This is not the first time that the 52-year-old leader has made such remarks. Earlier too, he had said that illegal Bangladeshi immigrants were living in the city.

Vinay Sreenivasa, an activist from the Alternative Law Forum, has told NDTV that the Bellandur demolition was followed by a story run by a local channel that claimed Bangladeshi migrants were living in the area illegally. "There was no official demolition order.... only a letter saying that it was planned. I believe it was the work of local BJP (leaders), the police and the Assistant Executive Engineer," he said.