Sons, Relatives Of Politicians Among Candidates Contesting In Kerala

Kerala Assembly Polls 2021: In over 20 of the 140 seats, children of former ministers and MLAs from the ruling CPI(M)-led LDF and Congress-led UDF are testing the electoral waters this time, news agency PTI reported. 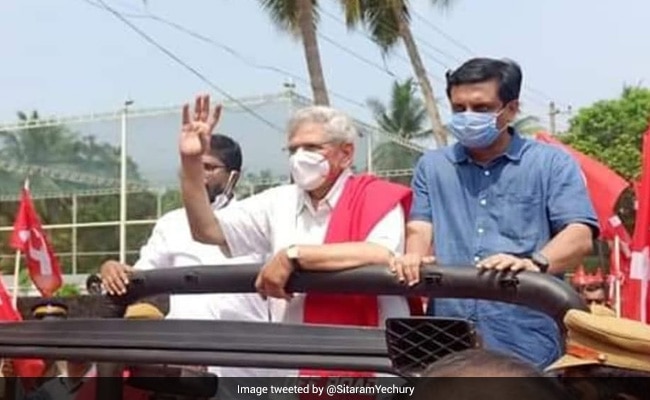 Mohammed Riyas, the national president of Democratic Youth Federation of India (DYFI), is making his electoral debut in the Kerala assembly elections next month. Mr Riyas, who is son-in-law of Chief Minister Pinarayi Vijayan, will contest from Beypore, one of the most secure seats of the CPI(M) in Kozhikode.

Mr Riyas, however, is not the only candidate contesting the April 6 Assembly polls to be related to a senior politician.

A number of politicians' relatives -- including sons, daughters and sons-in-law are hoping to cash in on their legacy to establish connect among voters.

In over 20 of the 140 seats, children of former ministers and MLAs from the ruling CPI(M)-led LDF and Opposition Congress-led UDF are testing the electoral waters this time, news agency PTI reported.

R Bindu, a college professor, wife of CPI(M) secretary in charge, will contest from Irinjalakuda.

A Vijayaraghavan and P V Sreenijin (Kunnathunad), son-in-law of former Supreme Court Chief Justice K G Balakrishnan have been fielded by the LDF.

From the UDF camp, ex-ministers--M K Muneer (Koduvally), Shibu Baby John (Chavara) and Anoop Jacob (Piravom), whose fathers were also ministers, and K S Sabarinathan (Aruvikkara), son of late Speaker G Karthikeyan, are among the "star kids" in the fray.

The relatives of politicians are testing electoral waters even as several aspirants were allegedly cold shouldered.

Lathika Subhash, Congress' ex-Mahila Morcha president, had quit the party after she was denied a ticket by the UDF. She is now contesting as an independent from Ettumanoor.

Veteran Congress leader, K C Rosakutty too quit the party and warmed up to the rival front after she was overlooked for the Kalpetta seat.

It's a reflection of this kind of politics that is found in political parties irrespective of ideology going after relatives, Prabhash, former political science professor with the University of Kerala, was quoted as saying by news agency PTI.

Advocate and political critic A Jayashankar, meanwhile, said the trend of fielding relatives seems to be on the rise in Kerala. "It was more prevalent in UDF. In the previous UDF ministry, six ministers were sons of prominent yesteryear politicians," he said.

"Now, the Marxist party is also no exception. Pinarayi Vijayan's son in law was given Beypore, one of the most sure seats of the CPI(M) in Kozhikode and V K C Mammed Koya, the incumbent MLA, was ignored," he said.

Mr Riyas had unsuccessfully contested in the 2009 general election from Kozhikode.