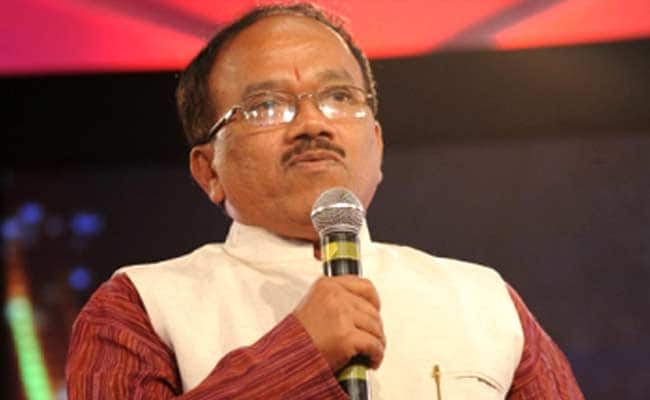 Laxmikant Parsekar said he was a BJP member for years but it took him for granted.

After being denied a ticket for the upcoming Goa Assembly polls, former Chief Minister and senior BJP leader Laxmikant Parsekar resigned from the membership of Bharatiya Janata Party (BJP) on Saturday.

"This is to inform you that I hereby tender my resignation from the primary membership of the Bharatiya Janata Party, Goa Pradesh with immediate effect. You are requested to kindly accept my resignation forthwith and relieve me immediately from all responsibilities relating to the activities of the party," said Mr Parsekar in his resignation letter to BJP Goa president Sadanand Tanawde.

Mr Parsekar said he was a member of the BJP for years but the party took him for granted.

"The development work I have done in the last five years has been deliberately put on hold. Its grief is in my mind. That development work must be completed. So, I am going to resign from BJP this evening and am going to contest the election as an independent candidate. Devendra Fadnavis, BJP election in-charge of Goa, also met me yesterday to appease me. But I am firm in my decision. I am not resigning just because Dayanand Sopte was given the ticket but there are many reasons. This decision was not made overnight. It is a decision made in the last 3-4 years," he emphasized.

Mr Parsekar was the chief of BJP's manifesto committee for the upcoming Goa Legislative Assembly election and was also a member of the party's Core Committee. BJP has nominated sitting MLA Dayanand Sopte from Mandrem Assembly seat for upcoming Goa elections.

Mr Sopte had defeated Mr Parsekar in the 2017 Assembly polls on Congress ticket but later joined BJP in the year 2019 along with nine other members.

BJP on Thursday released its first list of 34 candidates for the upcoming Goa assembly election.

Goa will go to the assembly polls on February 14. The counting of votes will take place on March 10.

Goa Congress Candidates Take Pledge Of "Loyalty" Ahead Of Elections